Maple Grove is a popular destination for holiday shoppers.

Police say shoplifting crimes are up this year. Only days away from Black Friday, Maple Grove police say they have had 528 shoplifting cases so far this year, more than all of last year.

Commander Jon Wetternach says sometimes thieves will carry tools to defeat security tags. They include large magnets like the ones stores use to remove tags or small pliers to cut them off.

“The big box stores are always an issue just because of how busy they are, and it’s hard for them to keep a lot of products secured,” said Wetternach. 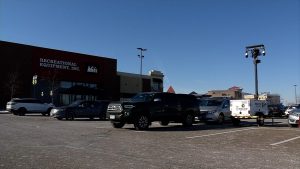 “We deploy our resources and our officers to specific areas to help deter and also apprehend people who are involved in retail crime,” explained the Commander.

Police are also using portable trailer cameras to monitor problem areas. Maple Grove officials say one of their biggest challenges is repeat offenders. Police say they know to keep the value of the merchandise under $500, so they are often only given a citation instead of being arrested.

Shoppers are encouraged to be alert of their surroundings. Keep an eye on your purse or wallet, and park in well-lit areas.