The Maple Grove police canine unit has a new member on the team. Officer Dave Goggins says his new partner is very friendly. But he says the pup is like a toddler and gets into everything.

The Belgian Malinois is 14 months old and about 70 pounds. The police dog arrived to Minnesota from Hungary about two weeks ago and has not officially started training yet. Basic training will start March 4. Until then, the dog is bonding with his handler.

“This whole period now is to bond and kind of get to know each other,” said Goggins. “He eats everything straight from the hand, so nothing out of a bowl. It’s just to build that bond between the two of us.” 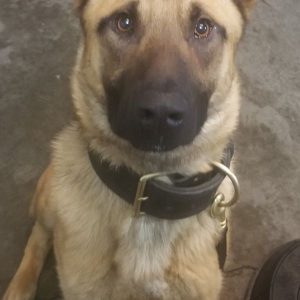 The new police dog will get to keep his Hungarian name. A contest through the  Maple Grove Police Facebook asked people what the new dog’s name should be. People agreed that the dog should keep his name, Rudi, which means “famous wolf.”