The Hennepin County Sheriff’s Office is warning about thin ice. With our relatively warm December temperatures, authorities say it’s just not safe to venture out on the lakes.

The warning comes after a 22-year-old man was ice skating on Weaver Lake in Maple Grove and fell through the ice Sunday afternoon.

“Fortunately, he was safe after he got helped out of the ice,” said Sheriff David Hutchinson. 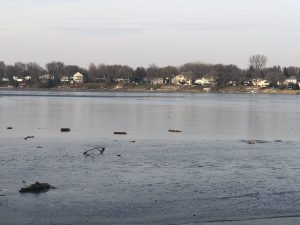 You can still see open water on Weaver Lake. Officials say more folks are heading to the lakes to ice skate because many indoor ice skating rinks are closed due to COVID-19 restrictions. Hutchinson says his agency has responded to several incidents in the past few weeks. He says it’s too dangerous to get on the lake.

“Right now, it not the time. Give it a few more weeks, and the cold weather will come,” said Hutchinson. “Now is not the time. The risks are too high. We’re asking people not to do it now and for your safety.”