Maple Grove is saying goodbye to one of its longest-tenured firefighters. Assistant Fire Chief Rob Pearson is retiring after 37 years with the city.

“As a kid, I wanted to be a firefighter,” said Pearson.

He started with Maple Grove as a Fire Explorer in 1981 and was hired as a firefighter in 1985.

Pearson says the best part of his job is serving and helping the community during and after a tragedy.

“If we could help them in some way or have a positive outcome, that’s what makes it worthwhile, “explained Pearson. 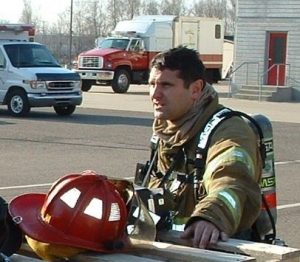 He says he’s most proud of his commitment and dedication to the city, and the fact that he’ll leave a legacy with the department.

“My call response was never below the minimum percentages and has had a part of everyone’s training that’s currently on this department,” said Pearson.

The assistant chief says he’ll miss the community and his co-workers, but he plans to spend more time with his 91-year-old mom.

“I know that this city will be in good hands,” said Pearson. “I’m handing over the torch. They’ll keep running.”