A Maple Grove church stepped in to pay medical bills for hundreds of people they don’t even know. Lord of Life Lutheran Church helped more than 470 families that live in Arkansas and Texas.

“We chose areas in Arkansas and Texas because we’ve had mission partners there,” said lead pastor Joel Wight Hoogheem. The Lord of Life congregation donated $15,000 to a nonprofit called RIP Medical Debt. The organization took the money to buy debt from hospitals. This is where it gets complicated. The donated $15,000 was able to wipe out $1.6 million dollars of medical debt. 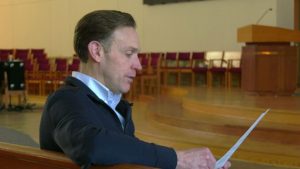 “Because it’s a write off to the hospital, it’s sold for pennies on the dollar,” Wight Hoogheem explained. He said over 60% of bankruptcies in the U.S. are the result of medical debt.

“This sort of effort is for folks that turn into an unexpected medical emergency and don’t have insurance coverage to pay for that,” Wight Hoogheem added.

Church members at Lord of Life hope families can now focus on getting basic necessities instead of paying medical bills. Lord of Life is the first Minnesota organization to partner with RIP Medical Debt. The church wants to someday assist Minnesota families with medical debt, but as of now, the state of MN limits debt purchasing.