Charges: Robbery was Motive in May 6 Brooklyn Center Shooting

Brooklyn Center police have arrested one man for his role in a shooting that happened May 6 in Brooklyn Center. An arrest warrant is out for a second suspect. According to charges filed, robbery was the motive. 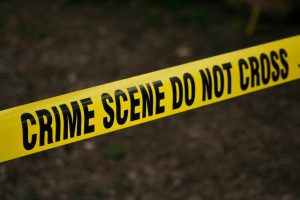 The shooting incident happened around 7:20 p.m. in the 5700 block of Xerxes Avenue North in a commercial area where a Subway, Chipotle and Burger King are located.

The shooting left one man with serious injuries. Police say he continues to recover.

George Harris, 25, from Brooklyn Center and Emmanuel Ware, 20 of Minneapolis are each charged with first-degree assault and first-degree aggravated robbery. Authorities arrested Harris on May 8. An arrest warrant is out for Ware.

The felony-level charges carry a maximum sentence of 20 years in prison.