It’s been more than two weeks since Governor Tim Walz ordered the closure of restaurants and bars across Minnesota due to the COVID-19 pandemic. The order took effect March 16 and will last until at least May 1. CCX News did a whirlwind tour of local restaurants to see how they are holding up amid the new normal.

When siblings Angel and Dwayne Rogers opened Angelea’s Soul Food Kitchen in Brooklyn Park on Jan, 24, they didn’t think they would be changing their business model so soon. But the executive order forced them to roll with the punches. 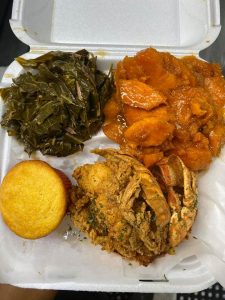 “Business is up and down. We still deal with people who love soul food,” said co-owner Dwayne Rogers. “The COVID thing ain’t stopping people from coming to get something to eat. If you’re hungry you’re going to go get it, but you’re going to be safe at the same time.”

The Brooklyn Park spot is known for good southern comfort food, including staples like its collard greens and gooey mac ‘n’ cheese.

“We got great food. The fried lobster tails and we got pork ribs and we got BBQ turkey tips. We do that for people who don’t eat pork,” said Rogers.

The new owners also have a big heart for helping people who need it the most.

“We’ve got people in our environment that I do give free food to. I ask homeless people, you hungry? Basically we’re here for the community,” Rogers said proudly.

Currently, The restaurant is offering curbside pick up, or you can come to the restaurant, and call the number on the window and someone will take your order. 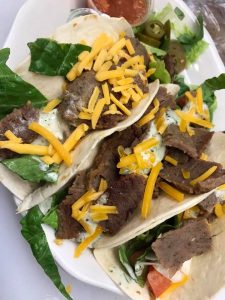 Some restaurants say it’s too early to tell what the COVID-19 outbreak will do to their business. Others say their bottom line is hurting. Many eateries are using social media to get out the word in hopes to bringing in more business.

“We serve lots of gyros. We serve breakfast all day: burgers, steak, shrimp, we do everything,” said Deborah Santrizos, co-owner of Olympia Cafe in Osseo.

Santrizos did say the temporary dine-in restaurant shutdown is cutting into profits, especially since the family business relies on money from its large weekend brunch.

“It’s gone way down. We’re getting to-go orders, but it’s dramatically gone down, that’s for sure,” she said.

Customers can pick up their favorite Greek dish by ordering curbside or via DoorDash, Grubhub and Bite Squad.

“We do have a section in the dining room that’s sectioned off if people like to come in and pay,” explained Santrizos. 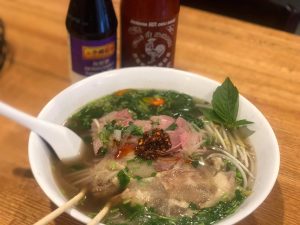 At The Lotus restaurant in Maple Grove, pho, a type of Vietnamese soup is its specialty. But customers say the garlic chicken wings “are to die for.”

The family-owned business is using delivery services like DoorDash and Bite Squad. Customers can also call for curbside pickup. 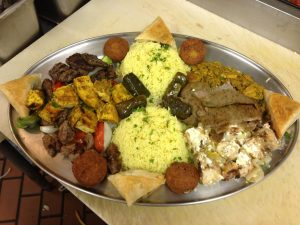 If you’re a fan of Greek cuisine, customers will love Athens Cafe in Robbinsdale.

The gyros and homemade hummus are top sellers. The restaurant is doing pickup orders to get by.

“We’re surviving, not closed.  So, it’s a good thing.” said owner Khalil Alhawari. “People can call in their orders and we’ll bring food out to their cars.” 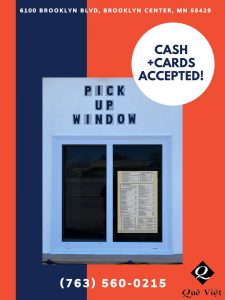 “We are open with our new pick-up window and it has been working marvelously since Tuesday,” said owner Mihn Lam. “We are getting busier today even and expect more and more to come.” 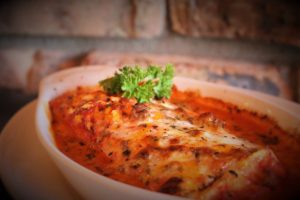 Latuff’s Pizzeria has been a staple in Plymouth for 49 years. The dine-in closure has affected the Italian restaurant’s bottom line.

“It’s impacted it, but we’re still doing quite a bit of take out,” said Dan Mascaro, general manager of Latuff’s Pizzeria.

“We’re known for our spaghetti and pizza and lasagna,” he said.

People also flock to the restaurant for the fried chicken.

“We sell a ton of chicken,” said Mascaro. 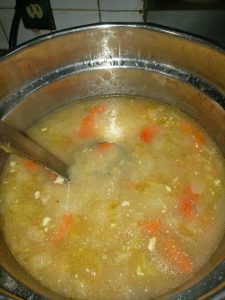 The 50’s Grill in Brooklyn Center also offers curbside pickups. Employees come out and deliver food to the car and customers either pay over the phone or at the car.

“I think it’s been going pretty well. Obviously the volume isn’t what it normally is when our dining room is open, But we’ve got a great system going.” said Dan Williamson, general manager at 50’s Grill.

“It’s been working really well for our customers, got a lot of positive comments on it. A lot of our customers are just happy that we’re open and serving their favorite food that is made from scratch.”

Burgers and homemade soups are popular at 50’s Grill. But Williamson says the chicken pot pie is the winner, winner.

“It’s super popular, lots of people come in for that,” he said. “We have a retail version that people can heat up on their own.” 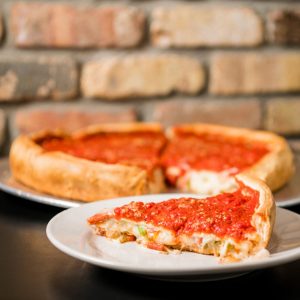 At Frankie’s Chicago Style restaurant in New Hope, the restaurant previously relied heavily on takeout and delivery, so it hasn’t had to make major changes.

“We’ve been lucky. It’s nice to have our lights on and come to work with a group of smiling people,” said Kent Garbers, manager of Frankie’s Chicago Style.

“Delivery and takeout is going strong right now. Our business is still going strong. There are some struggles trying to adapt to the curbside and maintain a safe environment.”

This week they launched a make-and-bake at home pizza kit, so families good have fun cooking together.

“It’s a pepperoni pizza where kids get to toss their own dough at home and make their own pizza and hopefully share that on social media for their friends to see,” said Garbers. “It’s a fun family activity.”

The New Hope restaurant is also helping the community during this time of need.  They have a bag lunch program for anyone short on food.

“Mayor Kathi Hemken actually gave me a call, she had a couple of seniors that are shut-ins, so we dropped a couple of bags off for them,” explained Garbers.

Frankies Chicago Style is also a drop-off spot collecting food items for the PRISM food shelf in Golden Valley. The restaurant also supports the 30 Days Foundation, which provides short-term cash for families in need. The restaurant has raised almost $700 for the program.

The restaurant specializes in American fare: pizza, burgers, chicken wings and pasta. Gluten-free items are also on the menu. You can order take out via Grubhub, DoorDash, ChowNow and UberEats.