Following the governor’s announcement last week, a handful of businesses have now reopened including dog groomers.

Roni Byrd owns Roni’s Mobile Grooming. She travels across the metro to cut hair for the furry animals.

Byrd said she’s spent five weeks sitting at home and is glad to be back.

“I’m not any busier, everyone is just five weeks behind. I have them on a yearly schedule. All I did was just take a break,” Byrd said.

She further explained that mobile grooming is slightly different than dropping dogs off at the salon because clients have to book a year or two in advance. She said mobile groomers come out on a regular basis to maintain the dogs hair. 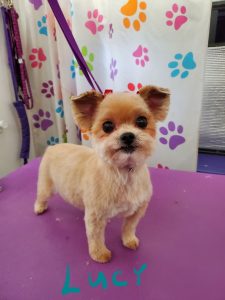 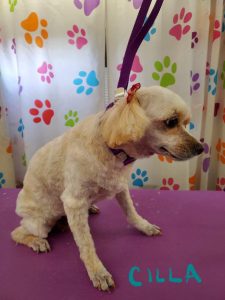 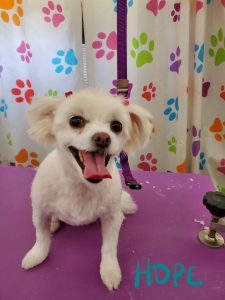 Since reopening, Byrd said she’s taken extra steps to ensure safety for her and her clients.

“The big change is how I take in the dog. I use to go in the house and visit a little bit, bring out the dog. Now they have to have the dog outside waiting when I get there. They have to have it either on a secure on leash or in kennel. When I’m done grooming, I can let the dog back in,” she said.

Byrd added that some of the dogs she’s seen so far, were definitely due for a haircut.

“Its taken me twice as long now because even though its only been 5 weeks, these little long haired dogs, they’re hair gets in pretty bad shape. Especially the longer the hair the worse the shape,” she explained.