Voters in the northwest metro headed to the polls on Tuesday for local school board races and races for Golden Valley City Council and referendum questions in the Anoka-Hennepin School District.

Plymouth City Hall was busy Tuesday as voters cast their ballots. Voters living in the Wayzata School District will elect three people to serve on the school board out of a field of 12 candidates. The district has dealt with a number of pandemic-related issues, including a debate over whether masks should be mandated in schools. 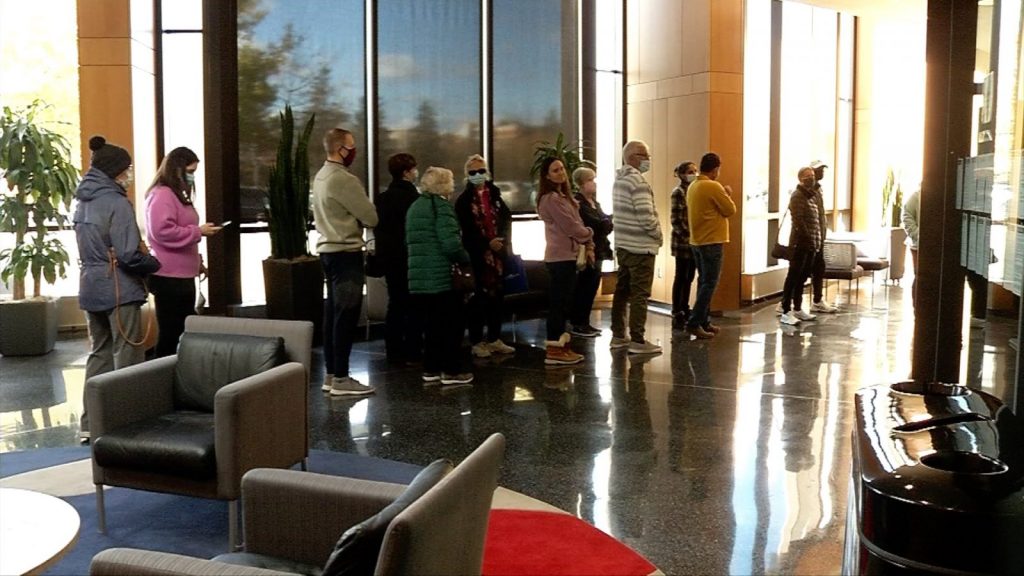 Voters lined up at Plymouth City Hall to cast their votes for Wayzata District School Board.

“Early voting was at the Wayzata Public Schools Administration Office, and it was pretty nonstop over the last week. In fact, yesterday we had, that was the last day, and we had more than 500 people walk through the doors,” said Wayzata communication specialist Jeffrey DeMars. “The early voting numbers that we have that have walked into our administration office is just over 2,400, and that’s high.”

The Wayzata School Board has seven members who are elected at large to four-year terms. The winners will begin their terms in January 2022.