A unique type of street theater is in the works to uplift the voices of Southeast Asian communities. The stories that will be told in the performance are about people who live in the northwest metro.

Kaysone Syonesa, Sunny Thao and The SEAD Project received a grant from CURA/ANPI to create the piece called “Sea Echoes Through Rivers.”

The performance will include community members who will write and perform their own stories. Kaysone and Thao are currently connecting with other Southeast Asian community members of all ages to gather their stories too.

“We’re trying to encourage the participants to explore their stories and figure out which one they want to share,” said Thao.

When scripts are written, the group will find a location in the Northwest Metro to perform live. The theater is scheduled for late Spring and Summer.

“We’re going to have all these series of little stories that will come together into one big performance,” explained Kaysone.

Kaysone said the hope is that the performance will be transformational and healing.

“I wanted to uplift voices and bodies of Southeast Asian’s whose stories are very prominent as well,” said Kaysone.

That includes Kaysone’s dad who raised seven kids as a single father. Kaysone’s family fled Laos after the Vietnam War and came to the U.S. in 1980. One year later, Kaysone’s mom passed away.

“For dad it’s so traumatic. And it’s a lot of our elders, there hasn’t been space or ways that are culturally relevant to help them process trauma,” Kaysone explained.

Trauma and unheard stories of many Southeast Asian communities urged Kaysone to spring into action.

Kaysone fell in love with theater in college and pursued a degree in it, in hopes that people like her dad can see their stories take center stage. 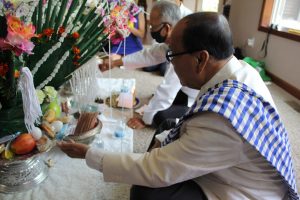 Sunny Thao can also relate because her parent also fled the communist regime in Laos.

“My mom was an orphan due to the war,” Thao explained. “It makes me very emotional when I think about my parents hardships. It makes me feel like I have to do better in this country for them.”

Not only is the goal to uplift local community members, but Thao hopes the performance will inspire other Asian Americans to get into theater. 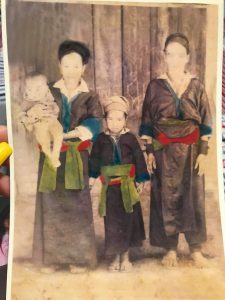