“I just want to apologize to everybody. Having the events like this retold to me, as I have no memory of it, is pretty horrific,” Kline told the court. “This is not the actions of me as a sober person.”

Kline, 38, also apologized to police who had to ram their squad into Kline’s Dodge Caravan to get him to stop. At the time, Kline went around a police blockade and continued driving the wrong way down Highway 100.

“To the law enforcement officers that night, I’m sorry,” said Kline. “I have family that are in law enforcement, and knowing that I put people like that at risk is just really difficult,” said Kline with tears visible. “I’m doing my best to move on.”

Kline pleaded guilty in June to felony fleeing police and two gross misdemeanor DWI charges. His blood-alcohol level was .20, more than twice the legal limit.  Tyler Kline’s attorney, Aaron Morrison, argued for a durational departure from sentencing guidelines. But Judge Garcia said a durational departure could not be justified given the details behind the offense.

“Durational departures are only justified where the conduct is less serious than is typical for the offense,” said Judge Garcia. “It’s more serious than a typical flee.”

Garcia imposed a three-year stayed sentence with probation for the felony charge of fleeing a police officer. If Kline successfully completes his probation, he would have his conviction reduced to a misdemeanor.

Kline was also sentenced to 365 days in the Hennepin County workhouse for one of the DWI charges. That sentence would be dropped if a three-year probation term is met. The sentences for both convictions would run concurrently.

In addition, Kline will be required to serve 30 days of electronic home monitoring with work release. The judge also imposed of fine of $1,500, $1,400 of which would be stayed for three years. While on probation, Kline is not allowed to use alcohol or mood-altering substances. A positive test could result in serving additional time, the judge said. 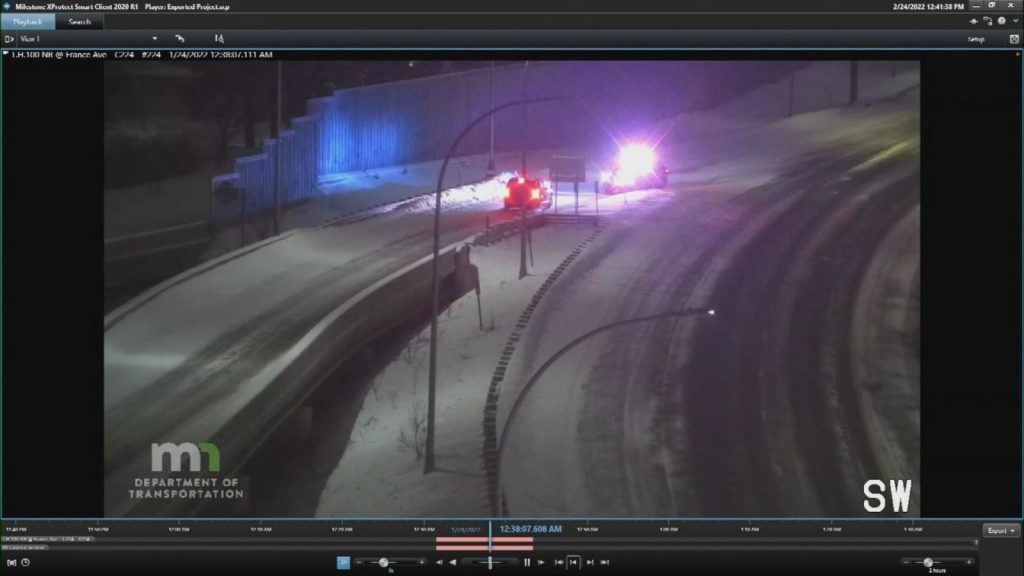 “It really caused me to look in the mirror”

In arguing for a durational departure, attorney Aaron Morrison said the crime is something his client will be punished for the rest of his life given his time as a public figure.

“He also has had the unfortunate lifelong consequence of being a public person as a council member in the city of Robbinsdale and the press coming to every court appearance writing about every appearance,” said Morrison, Kline’s attorney. “Every employer who Googles it, everybody who checks him out will forever see what he did. That is now part of his life.”

Kline resigned from his legislative staff job for state Senator Ann Rest due to the incident.

The former council member says he sought help from the Hazelden Betty Ford treatment center and has not consumed alcohol since the January incident.

“It really caused me to look in the mirror and try to change my life,” Kline told the court.

Judge Garcia did raise concerns about his current job that involves serving alcohol.

“The fact that you’re working in a place where the word bar comes before the word grill may place you and your sobriety in a precarious position every Friday and Saturday night,” said Garcia.

In imposing her sentence, the judge also noted that Kline didn’t alter alcohol consumption after a 2010 DWI case that resulted in a careless driving conviction.

Kline resigned from the Robbinsdale City Council in May following a successful petition effort from residents to recall him from office. His Ward 1 seat will remain vacant until a special election is held.