The debate about converting Highway 252 into a freeway through Brooklyn Park and Brooklyn Center continues. The project which aims to reduce crashes has hit another speed bump that will push the finish line back once again.

Construction was supposed to start in 2023, but MnDOT, the Federal Highway Administration, and Hennepin County are going to conduct a more thorough environmental review, known as an environmental impact statement. The review means the project won’t start until 2025.

“Unfortunately the plans that they did have, had a lot of flaws in them and a lot of violations on the state’s safety codes on how it has to be built,” said Stephen Cooper, who is part of the 252 Safety Task Force. “We had no involvement in this, but apparently the state decided to push things back to do a better job of investigating how to build this right.” 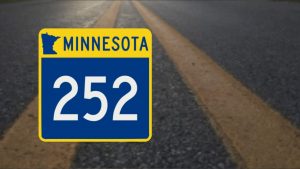 The future of 252 has been a hot button issue for 15 years. The 2.6-mile highway runs from Highway 610 in Brooklyn Park to I-94/694 in Brooklyn Center. That stretch has five of the most dangerous intersections in Minnesota. Jeff Holstein, Brooklyn Park’s city transportation engineer, calls the delay “disappointing.”

“The longer we wait, every year we have a fatality or two out there,” Holstein said. “Several dozen incapacitating injuries, serious injuries and a lot of property damage crashes. Every year we wait there’s more of that we have to put up with and endure. We definitely want to get this converted to a freeway as soon as possible.”

City officials in both Brooklyn Park and Brooklyn Center say they want a better and safer 252.

“252 is not a safe road,” Cooper said. “It has to be improved, it should be improved. Lots of people advocate for that.”

But unlike Brooklyn Park, Brooklyn Center is not as eager to give a green light to the $300 million project. Highway 252 is close in proximity to a super interchange of major highways. Traffic will jump from 60,000 cars a day to 110,00, officials estimate.

“We are for making changes to 252,” said Brooklyn Center Mayor Mike Elliott. “We just do not believe at this point that this current proposal solves the problems with 252.”

“If you look at the interchanges that are proposed for Brooklyn Park, they’re very safe, very good intersections. No issues,” Cooper said. “When you look at the single one for Brooklyn Center, where there used to be 10 ways to get on and off 252 in Brooklyn Center, now there will be one and that one is unsafe. By MnDOT’s own rules, it’s unsafe. By the U.S. Department of Transportation’s own rules, it’s unsafe.” 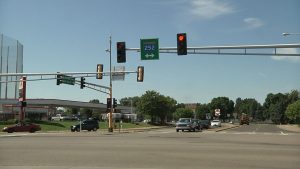 Brooklyn Center Has Other Concerns Too

There are other reasons Brooklyn Center wants to pump the brakes on Highway 252 construction. The city has concerns about bus options, air quality, impact on the nearby Mississippi River and absorbing a huge tax cost.

Cooper says this area of Brooklyn Center has five to six times higher incidents of asthma than other areas. He says a lot of citizens have raised concerns.