On the Brooklyn Park campus of Hennepin Technical College, students can explore a wide range of possible careers.

One of the programs offered here is cabinetmaking. It’s a skillset that appealed to Duncan MacLeslie.

“My mom kind of saw me getting into the woodworking side of things, and she was like, why don’t you look into a woodworking school, a cabinet school,” MacLeslie said.

Over the past two years, you could say MacLeslie has perfected the art of cabinetmaking, as evidenced by a unique table he put together in order to earn his degree.

“To graduate, each person has to design and build something, anything, as long as they design it themselves,” he said.

Yet MacLeslie didn’t just build a simple table, he came up with an elaborate design that’s quite literally an engineering wonder.

“The whole steampunk aesthetic is something I’m super into. Always been into,” MacLeslie said. “And then just motion in general.”

It even has a hidden drawer that can only be accessed by getting several other drawers in a specific position. 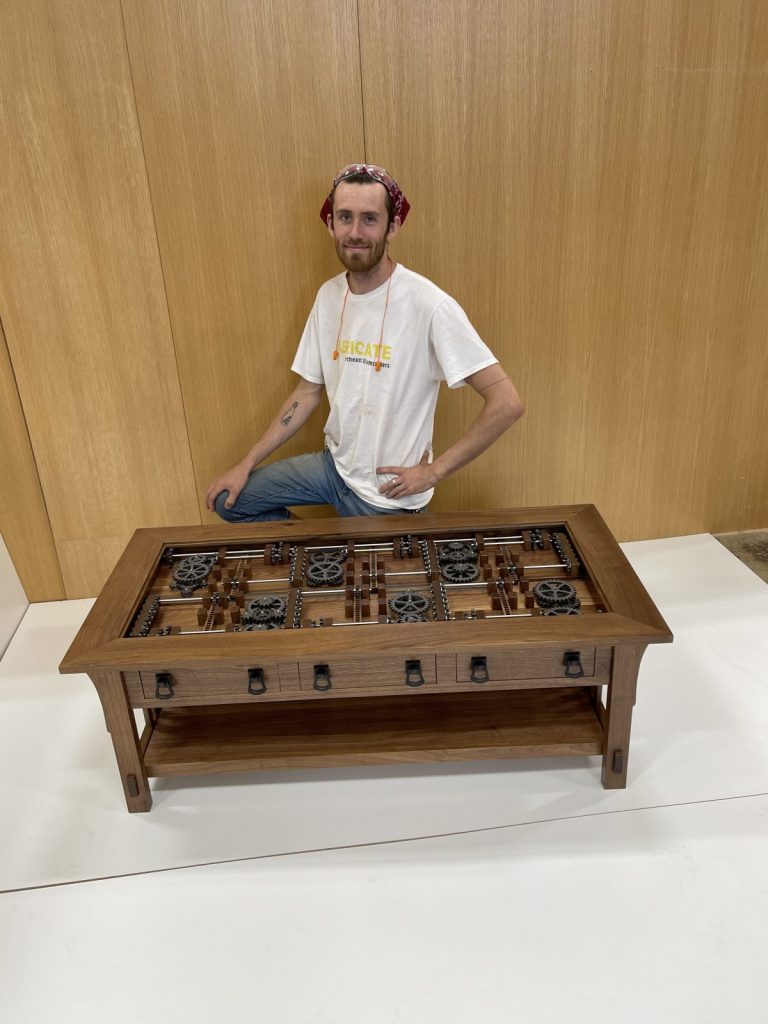 “It’s not just, it’s got drawers, you pull out the drawers, you put your crap in it and you put them back in,” MacLeslie said. “It’s like, oh wow, it’s a lock system, you can see it moving, it’s like fun to interact with.”

He estimates he spent about 300 hours on drawing, building and tinkering to get the table working properly.

“It’s definitely the piece I’m most proud of ever making,” MacLeslie said.

He’s proud, not just because it helped him earn his degree, but national recognition as well.

“The fact that it got recognized at a show, at a national show, is really kind of incredible,” MacLeslie said.

His table took second place in a Design Emphasis competition in Atlanta. It’s like the Olympics, but for people who build furniture.

“The fact that it’s appreciated was money,” MacLeslie said.

Now with school — and the competition — behind him, MacLeslie hopes to make more of these tables and ultimately have them end up in people’s homes.

“I don’t want to just wait five, ten years and come back and be like, oh I made another one,” he said. “I want to keep that momentum going.”