There are now 44 confirmed Monkeypox cases in the state as of Aug. 4, according to the Minnesota Department of Health.

Health officials say Minnesota saw its first case of Monkeypox June 24. Since then, Hennepin County has been working with the state Department of Health to provide testing and vaccines to those at high-risk.

“Anyone can get Monkeypox, but it just so happens it’s circulating right now among men who are sexual with men,” said Red Door health practitioner Pamela Layton.

“The biggest thing that we’re seeing clinically as a sexual health clinic is skin lesions. They can be anywhere on the body but we’re most commonly seeing them on or around the genitals,” Daniels said.

Health providers say Monkeypox can also be spread through clothing, bedding or towels used by someone who is infected, but it’s less likely.

“We’re really focused on that direct skin-to-skin contact. So, we’re not worried about your risks from walking down the street or standing next to people in line, being out at concerts where people are clothed,” Daniels said.

Health providers can only test for Monkeypox if a rash is present. If someone tests positive, they’ll help anonymously notify potential contacts.

The vaccine, called JYNNEOS, is meant to prevent or minimize the severity of Monkeypox. 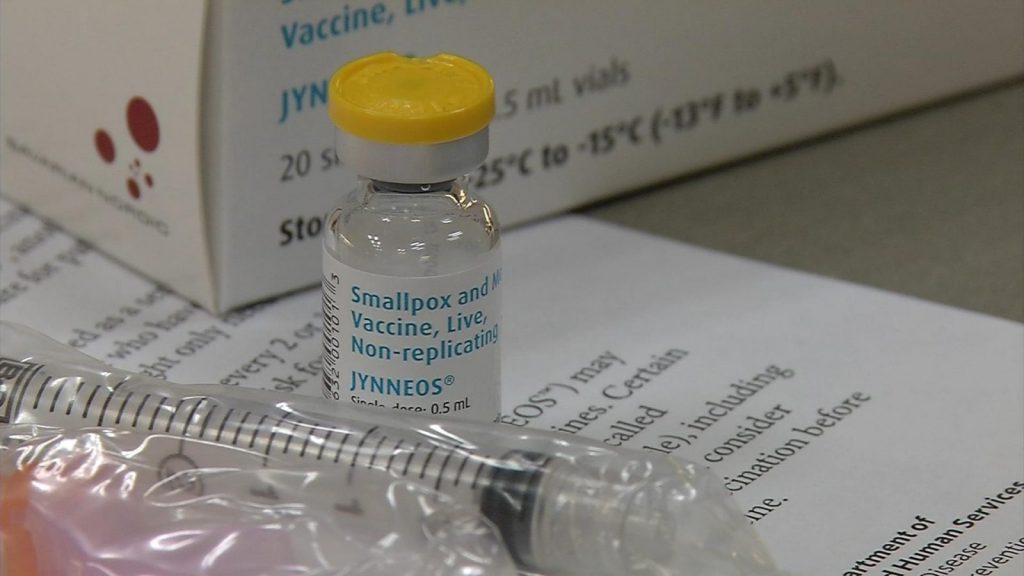 A medication called TPOXX is only used to treat severe cases.

Similar to COVID-19, patients with symptoms should isolate and wear a mask.

The Hennepin County Health Department is advising people to call its main line at 612-543-5555 for any questions related to testing, vaccines, or medication.

So far, there have been no hospitalizations or deaths in the state.