A Golden Valley firefighter is being recognized for his efforts to raise awareness about lung disease. Battalion Chief Ken Bence has served the Golden Valley Fire Department for more than 20 years.

When the paid-on-call firefighter is not preventing or putting out fires, he likes to give back to a worthy cause that’s dear to his heart. For 14 years, he’s participated in the American Lung Association’s Fight for Air Climb.

“The Fight for Air Climb is one of the primary activities that the Lung Association to raise awareness and to raise funds to support its work nationally,” explained Bence.

Bence is the top Minnesota fundraiser. Over the years, he has raised more than $75,000.

“I’ve been fortunate to have the support of so many friends, family contacts that have supported my efforts financially over the years,” he said.

The climbing event is grueling. Participants climb hundreds of steps and firefighters often wear 65 pounds of gear while doing it.

Shaking his head, Bence said, “First couple of steps are hard, and then you kind of kick into a second wind, and it gets a little bit easier after that. But man, you can’t wait for that finish line.” 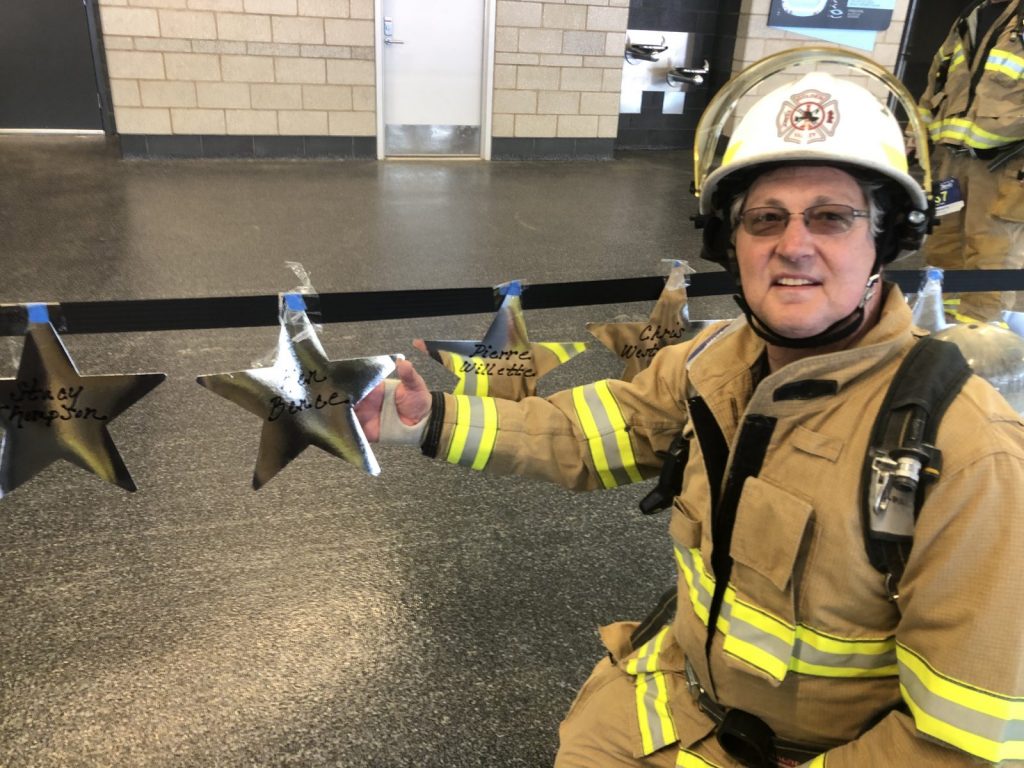 Bence says the event is worth it. He says he always thinks of his dad when participating.

“When I was preparing for my second climb, my dad passed away, and he suffered from pneumonia and chronic lung disease,” said the Golden Valley firefighter.

The American Lung Association is shining a spotlight on Bence, who will represent Minnesota in the 2022 annual calendar.