Golden Valley police are investigating two separate burglaries and damage-to-property incidents that occurred during the height of the civil unrest after the killing of George Floyd, a black man who died while being arrested by a white Minneapolis police officer. 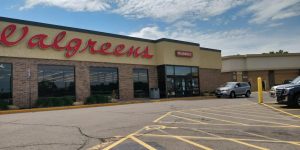 The first incident happened May 29, at 6:20 a.m., at the Walgreens off Duluth Street. Police say a man used a large rock to smash the front door and the pharmacy door. Police say there is no known theft from that incident.

The next day at 3:30 a.m. Golden Valley police say the same Walgreens was hit again. They say two men forced an interior door open and then crawled through a broken glass door from the previous burglary. Officials say once inside, the men stole multiple items inside the pharmacy and cosmetics aisles. Police are looking at surveillance video to identify the men. 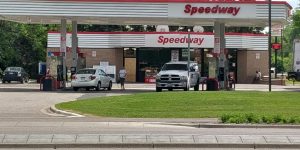 The Speedway off Douglas Drive vandalized May 30.

Golden Valley police says criminals also vandalized the Speedway off Douglas Drive. The incident happened Saturday, May 30, at 2:45 a.m. Police say the men broke a window but didn’t get inside the business.

“Our officers are out actively patrolling the city. We’ve had a couple of incidents of burglaries and damage to property. We’re investigating those cases and reviewing the video.” said Golden Valley police Cmdr. Steve Johnson. “We will continue to have extra officers on duty to keep the city safe.”

The Golden Valley Police Department is asking residents to call if they see anything suspicious.