The city of Golden Valley is tackling systemic racism by implementing new policies to be more diverse and inclusive. The moves come on the heels of the George Floyd case. Floyd is the African American man who died while a white Minneapolis police officer knelt on his neck.

The George Floyd case has had a profound effect on Golden Valley city leaders. It caused them to take a closer look at race relations in the city.

“It has forced us to really push for these open conversations, these courageous conversations. To talk about things that are easily uneasy to talk about,” said Golden Valley Mayor Shep Harris.

The city of Golden Valley was already working on a plan to be more inclusive before the Floyd case. Mayor Harris says before the city can go forward, it needs to admit past wrongs. It’s why city leaders reached out to two African-American residents who were harassed and harmed many years ago by the police department. 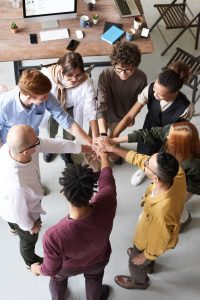 Golden Valley implements policies to be more inclusive and diverse.

In 1970, the city was found guilty of racially profiling and harassing African-American resident Ollie Lyle over nine months with traffic stops, speeding tickets and illegal imprisonment. And 15 years ago, Golden Valley police chased, physically assaulted and pepper-sprayed African-American resident Al Hixon. At the time, police officers said they mistook Hixon for a bank robbery suspect, even though 911 transcripts described the suspect as white. It resulted in a $1.1 million settlement.

“Frankly, I would think it would be lip service if we didn’t look back and say to people we wronged that we are sorry,” said Harris.

“Recommendations aren’t just put on a piece of paper, they are actually put into practice,” explained Harris.