Funerals and the grieving process continue to fall victim to the COVID-19 pandemic. Since Minnesota Governor Tim Walz issued an executive stay-at-home order, funeral gatherings have been limited to 10 people or less. The restriction is having a dramatic effect on different religions and cultures, many of which are rooted in age-old traditions.

Funerals Get Downsized Or Put on Hold 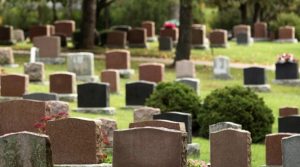 The Centers for Disease Control and Prevention (CDC) said funerals should be limited to a small number of mourners physically present and streamed online for everyone else.

Washburn-McReavy Funeral Chapel in Crystal is among the many funeral homes having to downsize the number of people who can attend a service to keep in line with social distancing practices and the stay-at-home order.

“What we’re doing is trying to have private services for the family only—many of them are graveside services outside at the cemetery,” explained William McReavy, president of Washburn-McReavy Funeral Chapels.

Some families have opted to hold memorial services later when things normalize.

For Jewish families, bereavement has also evolved. Many followers of Judaism are using video platforms to say their final good-byes to deceased loved ones.

The Minnesota Rabbinical Association officiates at many funerals. The group decided for safety reasons to use video conferencing platforms like Zoom for funerals. 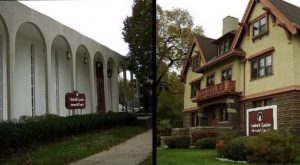 “There is nothing like having family around to comfort you,” said Michael Epstein-owner of Hodroff-Epstein Memorial Chapel.

The family-owned funeral home would typically conduct services in the chapel or at synagogues. But now that practice has changed. Services are now mostly held at gravesites.

“The family has a choice if they want to be at home and watch the Zoom service from there or if they want to be actually at the grave, and of course, we have to limit that to 10 people,” said Epstein. “It’s changed our services where we used to have 50 to 100 people at these funerals.”

In Judaism, there is a weeklong mourning period called shiva. The tradition is more than 3,000 years old. During this time, friends and extended family go to the deceased family’s home to pay respect.

“One of the most critical aspects of our religion is comforting the mourners, going to their home, bringing them food, and we can’t do that anymore. So they’re doing that virtually as well,” explained Epstein. 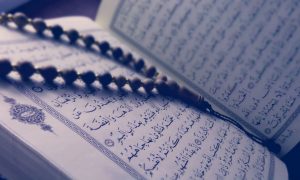 Under the Islamic faith, burials are supposed to take place quickly after death. Immediately after death, the body is washed by either the spouse or a same-gender relative in a process known as ghusl.

Afterward, the body is covered with a sheet. Family members pray and then the body is moved to where the funeral will take place. However, this practice is not recommended for people who have died from COVID-19.

“We want to avoid infecting people who take the responsibility to wash the body. Muslim leaders are suggesting dry ablution,” said Imam Mohammed Dukuly with Masjid-al-Ansar in Brooklyn Center.

Dry ablution is an Islamic process for cleaning the body, which usually involves purified sand or dust.

Funerals are considered community events in the Muslim faith. The more people who attend a funeral and pray are deemed to be good luck for the deceased.

“It doesn’t matter if you directly know the person or not. Everyone in the community tends to go there and show respect”, explained Maple Grove resident Amara Kamara. “During the burial, people usually put dirt over the body and people fight over the shovel because they think it is a blessing,” said Kamara. “But now, people are very skeptical of holding the shovel.”

Large Islamic funerals are not happening due to COVID-19 restrictions. Families are holding small funeral services with 5-10 people.

Big changes are also taking place when it comes to Hmong funerals, which typically last for at least three days. People come to the deceased family’s home around the clock to pay respect. It’s usually a significant community event. But now many Hmong families are holding off on burying their loved ones due to the COVID-19 restrictions on large gatherings.

“To not be able to send away someone so close to you with the community is really tough,” Brooklyn Park resident and community activist Cindy Yang said.

Yang says community involvement during funerals is a big deal.

“Not only do you have your closest friends and family, but also you have a broader community that is ready to be there,” said Yang. “Whether that’s showing up to share a meal with you or helping to donate to the funeral.”

Ellison, who is Muslim, also made the same recommendations to the Islamic community, urging imams and scholars to provide advice as well.