A Brooklyn Park firefighter is recovering after a fire destroyed a home late Wednesday night near West River Road and 85th Avenue North.

Investigators are calling the three-alarm fire an accident. They say a fire pit in the back yard got out of control, quickly spreading to the garage and house.

Crews arrived on the scene just before 11 p.m. Wednesday and noticed the fire spreading rapidly across the back yard. Neighbors watched in disbelief.

“Oh my, it was big. I haven’t seen anything like that since Vietnam,” said neighbor Lee Ulferts. “Every once in a while, one of these big spruce trees would catch fire, and the flames shot up probably 30 feet.”

Fire departments from across the metro were called to help douse the flames. Crews remained busy putting out hot spots Thursday morning.

“We had trees catching fire and spreading. So, we were very fortunate that we were able to keep it to that house,” explained Brooklyn Park Fire Chief John Cunningham.

The fire destroyed the home, as well as a few antique automobiles. The firefighter suffered heat-related injuries and was treated and released from the hospital.

“It was very hot last night and humid,” said Cunningham. “It’s so important when you have this heat to make sure you stay hydrated, stay rested up, try to stay as cool as possible.”

The two homeowners made it out of the home safely. The city is assisting the family with resources. 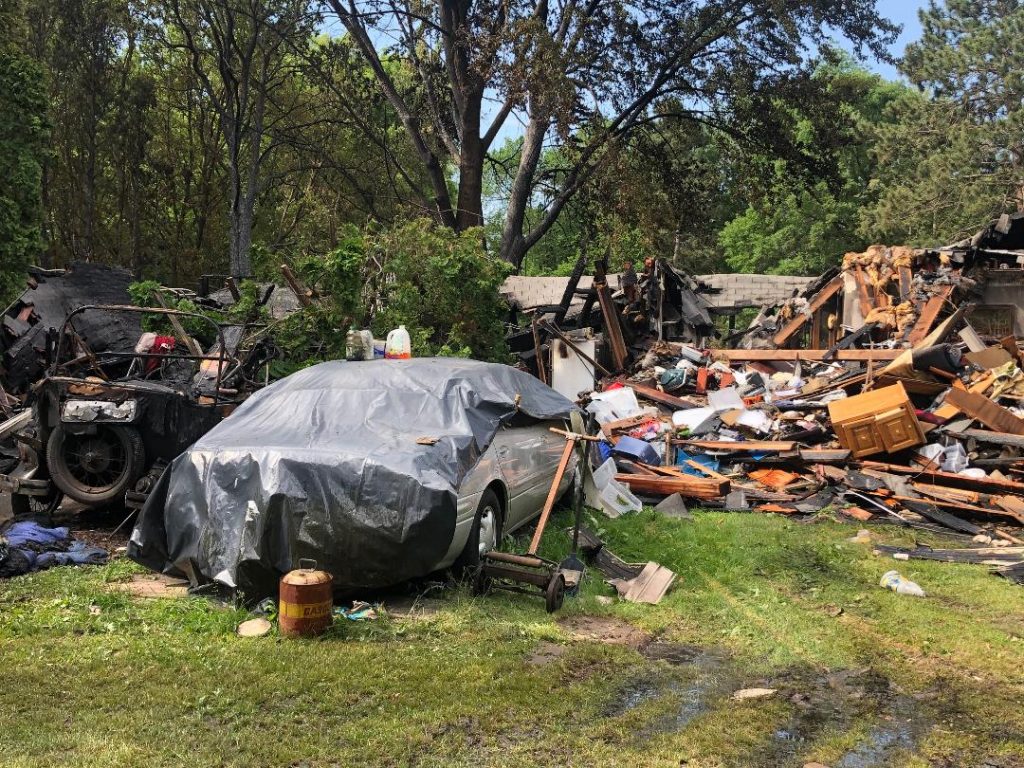