The Brooklyn Park Highway 610 corridor is flourishing even during the global pandemic. Several medical device and manufacturing companies have set up shop in the area.

Anoka-based JunoPacific, a medical device manufacturer, is making plans to move to Brooklyn Park. The company was recently approved to access state funds to help the company relocate. One of the programs is called the Minnesota Investment Fund, which will loan the company $800,000.

“The way that one works, it’s a grant to the city, but we automatically loan it out to the company, and they have two years to complete hiring goals,” explained Lorenz.

JunoPacific expects to keep the 150 jobs they currently have and create 62 more within two years. 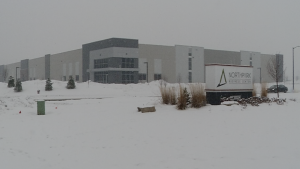 DataBank recently approved for project on the north end of NorthPark Business Park.

Cirtec Medical, a medical device and manufacturing company, has been in the city for a while. Now the company is expanding to an additional location at 9315 Winnetka Avenue North. According to city officials, that move will add about 350 more jobs.

Lorenz, says there are several reasons for the boost in new development. There’s vacant land available near Highway 610 and the location is close to Minneapolis and the airport. Lorenz also points out there’s a built-in workforce in the area.

“You’ve got two colleges in the city as well as easy connections to the University of Minnesota,” said Lorenz.

She says the local economy also gets a boost when new businesses take up a stake in Brooklyn Park. Besides the creation of jobs, restaurants and other companies also benefit from people utilizing their services.