It’s a ruling that rocked the nation and the northwest metro. On Friday, in a historic 6-3 decision, the U.S. Supreme Court overturned Roe v. Wade, ended nearly 50 years of federal abortion protections.

The decision places the future of abortion services with individual states. According to research from the Guttmacher Institute, a group that favors abortion rights, 26 states are certain or likely to ban abortion.

The High Court ruling could effectively turn Minnesota into an island for women seeking an abortion. Border states like Wisconsin and the Dakotas have laws that would make the procedure illegal.

“Today is an absolute horrible, devastating day. I don’t think there are words to describe what a shattering moment this is for women in our country,” Sarah Stoesz, president, and CEO of Planned Parenthood North Central States. “The Supreme Court has taken an absolute knife to Roe and our protections.”

The Twin Cities northwest suburbs have clinics that offer abortion services in Brooklyn Park and in Robbinsdale. 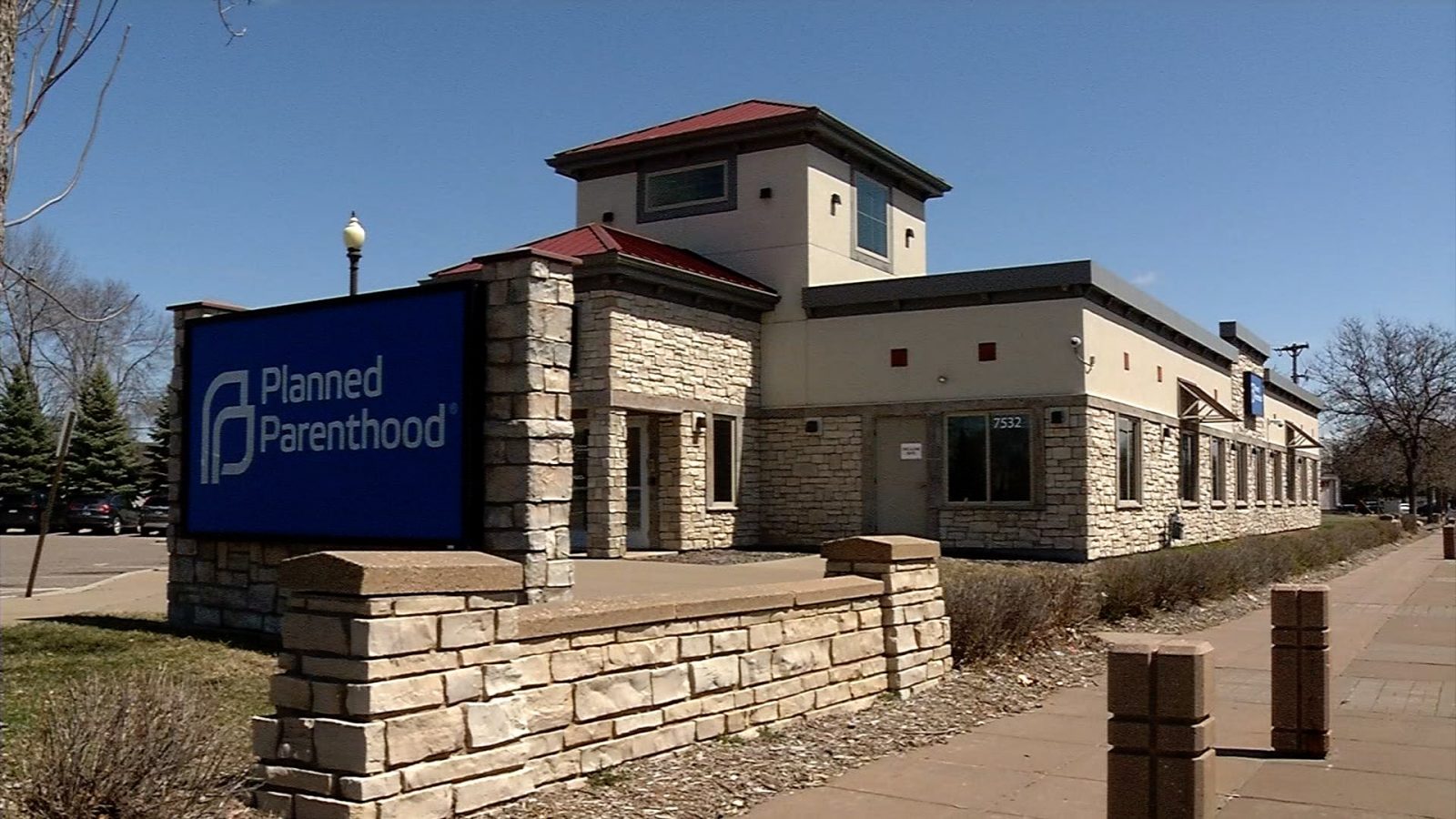 Anti-abortion groups applauded the High Court decision on Friday. A spokesperson for the Minnesota Family Council says abortions have led to the deaths of millions of unborn children.

“We are thrilled to see the Supreme Court taking a stand and saying definitively that abortion is not something that is protected by the United States Constitution,” said Moses Bratrud, director of communications for the Minnesota Family Council.

Currently, abortion rights are legally protected in Minnesota. Planned Parenthood in Minnesota is increasing staff in anticipation of the demand for services from patients across the country.

“The Supreme Court’s ruling to overturn Roe v. Wade will save millions of innocent lives and rightly returns policy decisions to the states. While there is no immediate impact here in Minnesota because of Doe v. Gomez, which guarantees a right to an abortion in our state constitution, we will continue to work to protect unborn children and support pregnant women and their babies.

For too long, the United States has been an outlier with countries like North Korea and China who allow abortions up until the moment of birth. The U.S. now joins the rest of the civilized world in providing protections for the unborn and recognizing the sanctity of life.”

“The recent decision by the U.S. Supreme Court may reflect a changing view of abortion in America.  This historic decision turns the issue of abortion over to the individual states.  For now, nothing changes in Minnesota due to our Supreme Court having passed the still-standing decision of Doe v Gomez years ago.

Despite the Gomez decision, Minnesota is far ahead of other states by providing pro-life alternatives that encourages and supports moms to carry a child to birth.  As a state we provide extended medical assistance for a full year after the delivery of the baby; fund basic infant supplies through our Positive Alternatives Act, and have enacted workplace protections for pregnant and nursing moms.  We can do more like streamlining the adoption process as well.

Ultimately, we all must work together to offer compassion and support for moms in crisis while finding common sense consensus that would protect both mom and baby.  Nothing is more important than protecting innocent life.”

“This decision is devastating for millions of women and pregnant people across the country. I am outraged this right-wing court is turning the clock back on generations of progress and prohibiting individuals to have autonomy over their bodies. Let’s be clear: This decision is a blow to everyone who believes in the 14th amendment and to anyone who believes there are limits to how much the government can control the decisions we make in our private lives. Tragically, we know this decision will fall hardest on the most vulnerable such as women who have been abused, who are victims of incest, who have been raped, and those who are already struggling to put food on the table.

I am grateful to our Attorney General, Keith Ellison who will protect anyone who obtains an abortion in Minnesota. I hope other states follow suit and codify reproductive protections into law.

The Senate has a moral responsibility to abolish the filibuster and pass the Women’s Health Protection Act to enshrine reproductive rights into law. I won’t stop fighting to protect women’s freedom to control their bodies, lives, and futures.”

“Like a large majority of Americans, I am angered and devastated by this ruling. The consequences of this decision are a blow to all of us who believe that in a free society, there are limits to how much the government can encroach on our personal lives. In an unprecedented move, the Supreme Court has rescinded a right and protection afforded to American women for more than a half-century.

I can only imagine how desperate and scared millions around the country are feeling. Patients – not politicians – should have the right to make their own decisions about their own bodies. I am proud that this is still the case in Minnesota, where Minnesotans still have the right to choose and access abortions. Following this Supreme Court decision, I will work harder than ever to codify that very reproductive freedom into federal law using every tool our founders afforded us.”

Petition for Full-Time Mayor Fails in Brooklyn Center :  A group of citizens have been working to… Read More
Stretch of Highway 55 in Plymouth Will Receive Upgrades:  A stretch of Highway 55 near the Station 73… Read More
Hennepin County’s Lake Pledge Program Takes Aim At Aquatic Invasive Species:  Hennepin County is… Read More
Broadway Pizza Has Been Serving in Robbinsdale for More Than 50 Years:  Restaurants come and go. But… Read More
Purpose of Golden Valley Tool Shed is to ‘Bring People Together’:  Over the weekend, volunteers… Read More
Brooklyn Park Sees Uptick in Park Vandalism:  One year after undergoing a $3 million renovation,… Read More