A Crystal woman is in the hospital after an early morning fire on New Year’s Eve.  The fire broke out around 3:40 in the morning. A Crystal plow driver saw flames coming from a basement window in the 6500 block of 62nd Avenue North and called 911. The West Metro Fire Rescue District, along with fire crews from Brooklyn Park and Golden Valley, arrived on the scene and were able to get the fire under control quickly and with no damage to the neighboring houses. 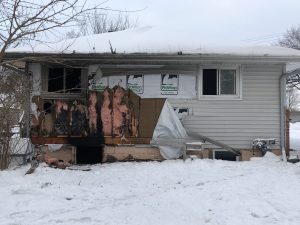 One woman was taken to the hospital — no word on her condition. Officials say the house had extensive damage and is uninhabitable.

Meanwhile, fire investigators are working to determine what caused the fire.