Crystal public works crews are clearing out stormwater catch basins, a job that’s normally completed in spring, ahead of this week’s rain and snow mix.

“In a rain event in December, it will block the water from getting the catch basin and causing a road hazard, whether it be ice or localized flooding,” said Crystal Utilities Supervisor Patrick Sele.

He says when crews snowplow the streets, all the snow is pushed to the curbs, where the stormwater catch basins are located. 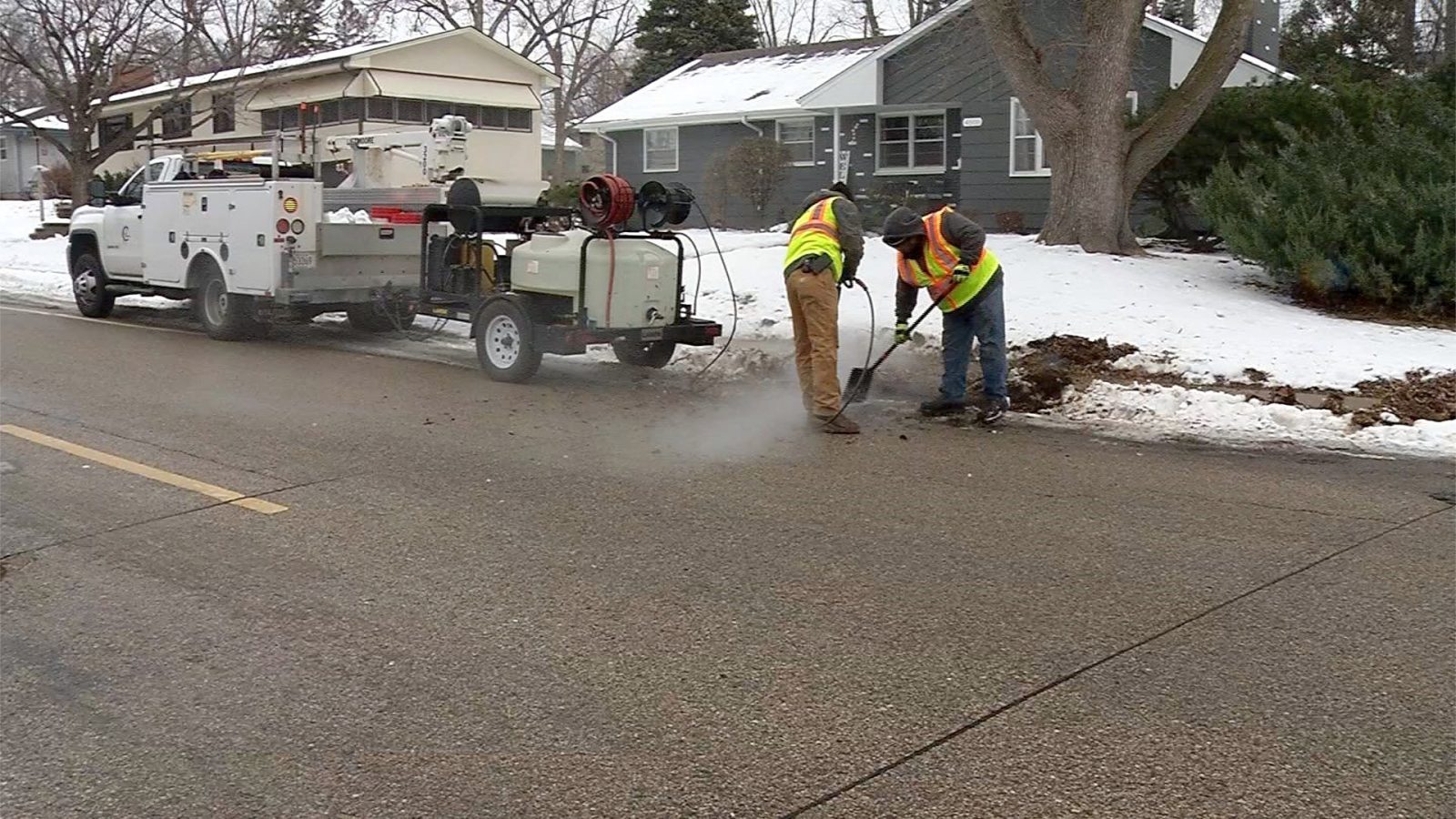 “We plow curb-to-curb. So, the snow blocks the catch basins. Which then, in a rain event in December, it will block the water from getting into the catch basin,” explained Sele.

Crews are racing against Mother Nature, clearing catch basins before the rain, snow, and ice hit the area.

“We have over 2500 drains to clean that we’ve been working on since Monday,” said Sele.

Clearing the catch basin is complicated. Crews must first locate the drains using GPS and really zone in; workers bring out metal detectors.

“When we get a hit, we shovel that, and then if it’s frozen, then we got to bring out the steamer units and thaw them out with hot water,” said the Sele.

It’s a tedious task, but Crystal officials say it’s worth it if they can prevent flooding and icy roads.

“Even if there’s one frozen drain, it can create a lot of issues,” said Sele.

Residents can help the Crystal Public Works Department by calling and alerting them about blocked catch basins.