Dead fish are showing up on the shoreline of Crystal Lake in Robbinsdale.

The dead fish are mostly sunfish, and they were found on the north shore of the lake earlier this week. Recent rains helped to get rid of the dead fish by sending them to the bottom or middle of the lake. The algae bloom which sprang up much earlier than normal in the lake this year caused low dissolved oxygen levels in the shallow waters of the lake, where fish were trying to spawn. 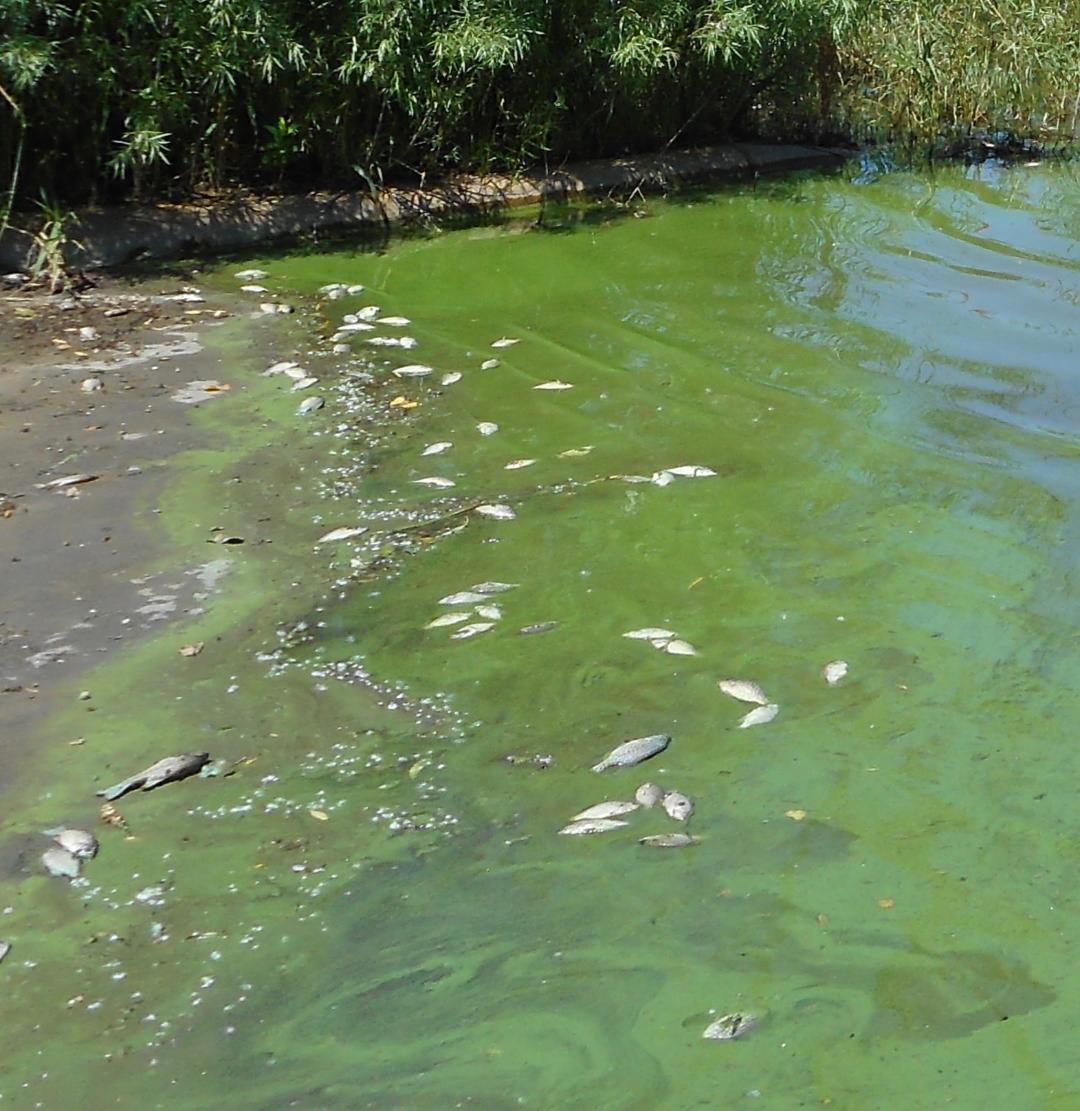 Due to unusual weather patterns this spring and early summer, other Metro areas lakes have experienced similar fish kills. Luckily, we have not seen evidence that the Muskies and other large fish of Crystal Lake are affected.

Robbinsdale officials put this dumpster out to help dispose of the dead fish.

“This is the first time we’ve had a fish kill like this on Crystal Lake. Because a lot of residents have shoreline around the lake, the city decided to put a dumpster out. So people wouldn’t have to put smell fish into their garbage,” explained Roser.

Crews are monitoring Crystal Lake water quality this week as part of their yearly lake monitoring program, which includes taking dissolved oxygen measurements at several locations in the lake. After this monitoring, they should know if conditions are improving for the fish. City officials say the fish kill shouldn’t affect the overall population of the fish in the lake.