Maple Grove’s Cameron McIntee’s original idea of a golden Oreo cookie is being celebrated this week. McIntee’s cookie is one of the four national Crumbl flavors being featured for its 4th birthday celebration.

McIntee began working at the Maple Grove Crumbl just five months ago. He submitted his idea to the company and was thrilled when his flavor was chosen.

“Once you taste it you will love it. You will say golden Oreos rule the world,” he said.

“Our whole mission is to help people with intellectual disabilities find happiness,” said Holly Pounds, director of marketing and intake at CHOICE.

“With Crumbl Cookie they actually reached out to CHOICE and asked if we had somebody who’d be interested in working there and we couldn’t think of anybody that would be a better match than Cameron,” Pounds said. 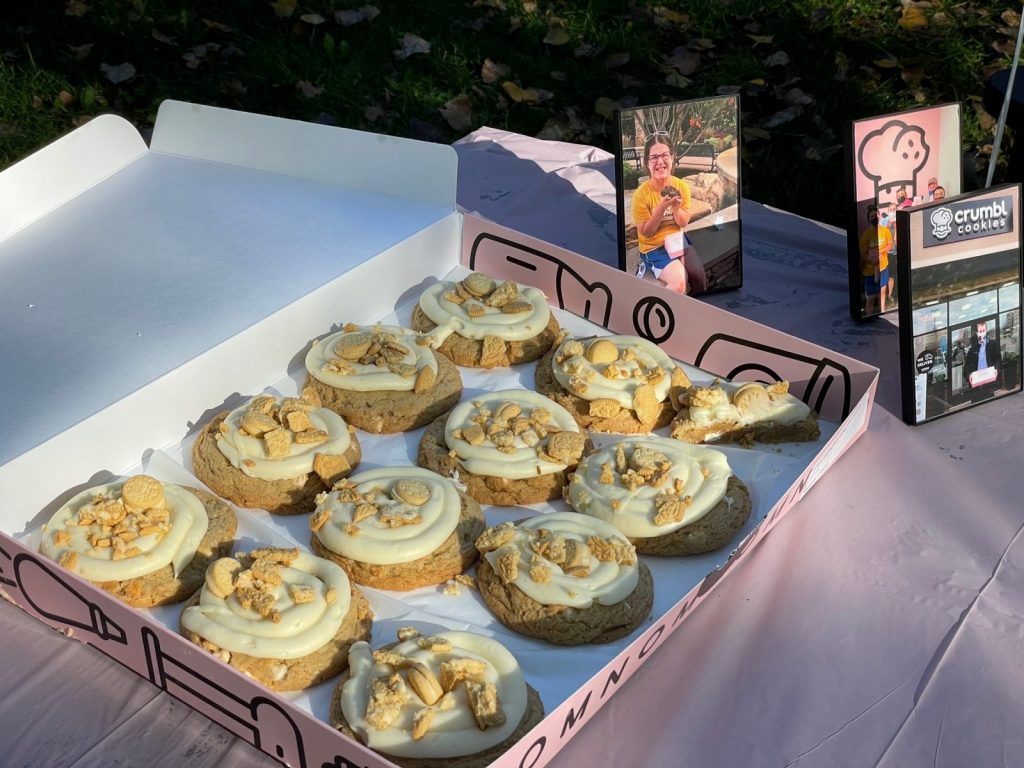 Cameron says he loves all the different roles in his job.

“The best thing I love about my job is learning new things everyday, like boxes, dishes, rolling the dough. Sooner or later, I’ll be able to learn to use the mixer and oven. But my biggest goal for the job is to give back to the community because there’s nothing more beautiful than a positive happy mind,” he said.

A special party hosted by CHOICE was held at Maple Grove Arboretum with his family, friends and colleagues Tuesday morning. Cameron’s mom was in attendance and couldn’t be more grateful.

“We are so delighted. Choice has been such an amazing part of this process getting him the job at Crumbl. And then he has just blossomed being there. It’s just wonderful and we couldn’t be prouder. And he is a die-hard cookie monster so for him to do the golden Oreo was like such a big deal for him,” Lee McIntee said.

“When you have a child that has to work a little bit harder to do things that a lot of us do and take for granted. It’s so incredible to see them succeed and in such a big way, 250 stores across the country, this big party, and all these wonderful people. It’s a big deal and the biggest deal is because it makes him so happy.”

While the cookie idea was all from Cameron he still believes it wouldn’t have happened without his support system.

McIntee’s cookie will be available at Crumbl stores nationwide for the entire week.