Civil rights activist Ron Edwards passed away Monday in New Hope. It’s notable that Edwards died on Martin Luther King Day, because to some he was Minnesota’s MLK. 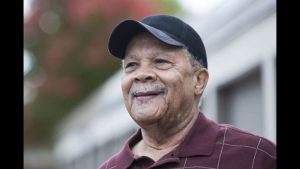 Banks was close to Edwards and worked with him for many years at KMOJ.  Edwards got results, exposing injustice no matter where it came from.

“Police brutality, black on black crime, whatever the case may be,” Banks said. “Black on white crime, racism, white supremacy. It doesn’t matter, he put it on the table. He talked it and lived it and told it for real. That’s Ron Edwards. The thing is this community is going to miss that voice.”

Edwards  was 81-years old. He was a columnist and hosted weekly radio and television shows.