High school is a place where students get to express their creativity. Scattered across a table at Champlin Park High School on a recent Wednesday afternoon was a collection of cards with uplifting messages.

The cards had phrases such as “Stay Strong,” “Have an Amazing Day,” and “Sunny days ahead.”

The cards are the result of Champlin Park’s Letters of Love Club, where students like senior Mandy Phanthavilay write encouraging messages for kids at Children’s Hospital in Minneapolis.

Phanthavilay essentially resurrected the club after some of the previous student leaders graduated. 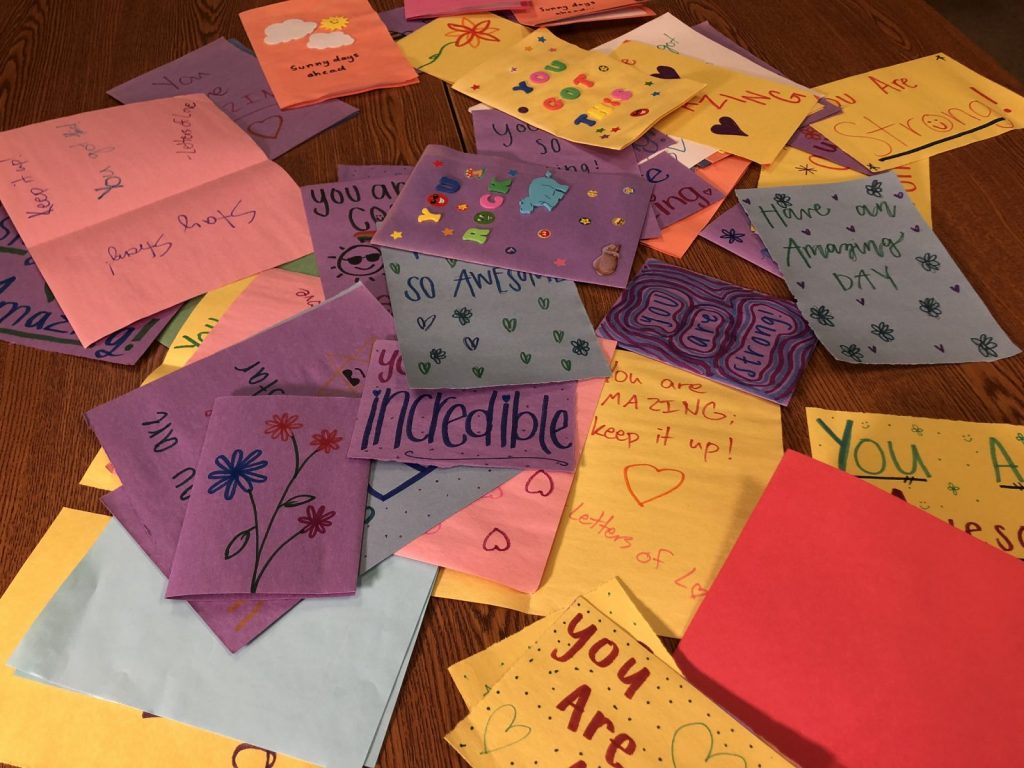 A collection of Champlin Park’s Letters of Love that will soon make their way to Children’s Hospital.

“Really it was just her stepping up to the plate and saying this is something that she cared about and wanted to carry on the legacy of,” said Jalen Giles, a Champlin Park teacher.

Each card is meant to provide an emotional boost to kids battling cancer and other serious illnesses.

“Those kids are not feeling their best, they’re not at where they should be,” said Phanthavilay. “So even something super small like this can make their day, their week, their month.”

In addition to the Letters of Love Club, Phanthavilay is part of the school’s National Honors Society, and she’s a member of Champlin Park’s freshman mentorship program, Link Crew. She does these activities all while taking PSEO classes at North Hennepin Community College.

“She’s awesome,” Giles said. “She’s a light in the classroom. She’s such a leader amongst her peers, and is just super positive.”

She’s a super positive person who hopes to spread that emotion to kids who need it most.

“It takes such little effort and you’re doing so much for the community,” Phanthavilay said of the Letters of Love program.

Phanthavilay plans to attend the University of Minnesota in Rochester next year where she will study to become a sonographer.