Police say Siko and another 17-year-old were shot at an apartment complex, then located in a vehicle on an exit ramp in north Minneapolis.

According to the family, Syoka Siko, is also known as “SK.” Family say Siko had a 3.6 GPA and recently left Park Center High School to attend another school in the area. The Osseo School District says Siko was currently not enrolled as a student. 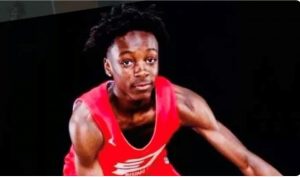 Police arrested a 17-year-old in connection with the shooting, but he has been released pending charges.

The family has a GoFundMe set up to help pay for funeral expenses.