Brooklyn Park Restaurant Closes, Others Get Ready for Indoor Diners

Redstone American Grill in Maple Grove, like other restaurants, is preparing to reopen indoor service at 50 percent capacity under the governor’s Stay Safe Plan. 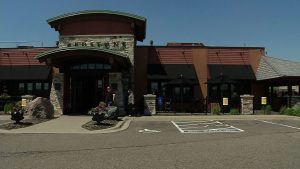 “I’m happy to be back,” said Karl Bodin, Redstone’s bar manager. “I really am. It’s good to be back.”

COVID-19 has devastated many businesses in the food and beverage industry. Bodin says in his almost 10 years in the restaurant industry, he’s never seen anything like it.

Restaurants and bars can reopen for indoor service as long as they have adopted and implemented a COVID-19 preparedness plan. That includes ensuring a minimum of 6 feet of distance between tables and limiting the indoor occupant capacity to no more than 50 percent up to 250 people.

Bodin says Redstone American Grill is getting ready for the Wednesday opening.

“Masks, gloves, all that stuff for every employee,” Bodin said. “Social distancing. Every employee who comes in is getting their health screened. Guests are getting seated with alcohol wipes. All menus are either single use or with the QR code you can scan it on your phone.”

Roasted Pear in Brooklyn Park Will Not Reopen 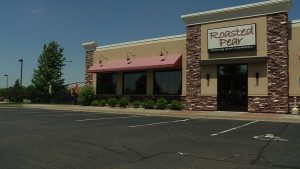 “This business in particular is tough at 100 percent occupancy,” said Roasted Pear owner Craig Rebers. “At 50 percent I don’t know how you make that work.”

Roasted Pear was located in northern Brooklyn Park across from Cub Foods. It’s outdoor eating section was popular in the summer and fall. Rebers is disappointed to close, but says the Roasted Pear had a good run.

“We raised quite a few kids through the restaurant and almost all of them worked here at one point or another,” Rebers said. “It’s been a real family business.”

Roasted Pear officially shut down June 3. Roasted Pear also had a location in Burnsville, which closed too.