Paul Pfeifer, a Brooklyn Park man who was struck and killed by a vehicle near his driveway Saturday night, is remembered as a “gentle soul” who “loved nature and loved life.”

“He was such an integral part of the family,” said Nancy Violante, Pfeifer’s sister-in-law. “To lose him is such a huge loss.”

Pfeifer was 67 years old. He leaves behind his husband, Joseph Pfeifer-St. James.

Flowers and balloons mark the spot where Pfeifer was hit in the 9500 block of Scott Lane North. Tire marks remain visible where the SUV went up on the sidewalk.

His family says Pfeifer was on the way to get the mail when he was struck at about 10:30 p.m. Saturday. Pfeifer later died at the hospital.

Brooklyn Park police arrested a 46-year-old suspect, identified as a neighbor of Pfeifer.

“Our investigation at this point has determined that we believe this was an intentional act,” said Mark Bruley, deputy chief for the Brooklyn Park Police Department.

Police are trying to determine a motive, but dispelled rumors that the act was a hate crime because Pfeifer was gay.

“There is a significant history of mental illness with the suspect and it’s much more likely that the reason for the incident is related to his mental illness,” said Bruley.

‘He Was Everybody’s Favorite’

Violante says Pfeifer was a musician who played the piano and performed in musicals. She says he was an “overall good guy who gave the best hugs.”

“We all loved him so much. He was everybody’s favorite,” she said. 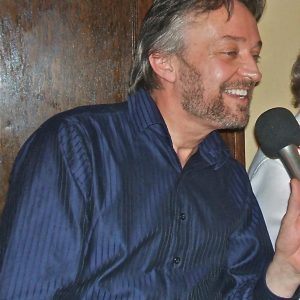