The city of Brooklyn Park just finished conducting a survey looking to find out how the community is doing during the COVID-19 outbreak. The five-day survey closed March 30. The results were presented to the city council during a work session Monday night.

Resident concerns ranged from grocery hoarding to paying rent while dealing with economic hardships brought about by the coronavirus.

“Seventeen percent of renters are concerned about their housing, so that’s concerning,” said Josie Shardlow, Brooklyn Park’s community engagement manager. “The city is looking at applying for grants, communicating with Hennepin County and other funders that might be able to do something with rental assistance. And we’re hoping the survey might tell the story of the need in Brooklyn Park.” 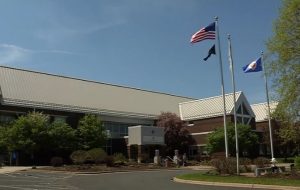 While residents expressed concern about supply shortages due to grocery hoarding, Shardlow says supplies are limited, but not disrupted.

Grocery stores are voluntarily limiting quantities on items such as toilet paper, which have been in short supply following panic buying in the days leading up to the COVID-19 crisis.

Shardlow says the city is concerned. But she says “we haven’t had an overwhelming amount of reports.” The city’s stance is to continue encouraging proper social distancing guidelines.

“We want people to be out using parks and trails, but need them to follow the guidance,” Shardlow said.

Another area of particular concern for one demographic is harassment of Asian-Americans based on the false belief that they are responsible for the COVID-19 outbreak. One-third of responding Asian-Americans expressed safety concerns, with one claiming to have been “targeted” in an area store.

While Asian-Americans in other metro-area cities have been targeted, Brooklyn Park has not at this time of writing had any COVID-19-related hate crimes reported. And the city hopes to keep it that way.

“The virus doesn’t discriminate,” said Shardlow. “And neither do we.”

Shardlow found the city council appreciative of the survey when she presented it Monday night. There was enough appreciation that there’s talk of conducting the survey again to see how the data changes as the crisis stretches on.

“Overall I think we were pretty pleased with getting this many responses in just under five days,” said Shardlow. “I think it shows some trust in the city, that people are understanding. If we’re asking, we really do want to know.”

In addition to the resident survey, the city conducted one targeted at businesses. The results of that survey are being processed. City staff is also partnering with the Brooklyn Bridge Alliance for Youth to survey kids. They can answer that survey here.

For more stories on COVID-19’s impact on your community, click here.