Friday is go day for early in-person voting and Brooklyn Park officials are busy transforming the city council chamber into an election room. Devin Montero is the city clerk in charge of ensuring everything runs smoothly.

“We’re going to be preparing the chamber with voting booths, the ballot markers, and things like that,” he explained.

Some might say the city clerk position is stuffy and mundane, but Montero is anything but that. He’s giving new meaning to the phrase “Rock the Vote.”

Dressed as Uncle Sam, Montero launched a TikTok video to inform residents about the upcoming election.

“We wanted to get the message out for folks to come out and vote,” he said.

Dancing might not be his strong suit, but Montero did write the rap lyrics, using creativity to promote civic duty. 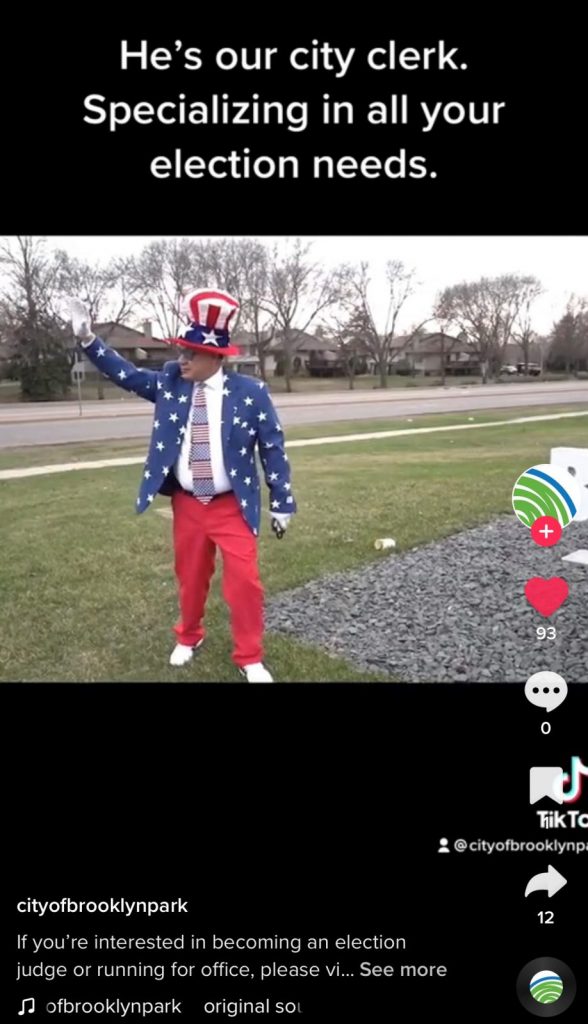 The TikTok video reminds people to check their polling places because of redistricting in Brooklyn Park.

City leaders hope the video reaches younger people and encourages them to participate in the election process.

“These kids nowadays are into TikTok, and once they see this video, hey, Brooklyn Park is having fun. Why not? I want to be part of the team.”