Two Brooklyn Center residential street projects are temporarily on hold due to COVID-19 concerns and the potential risk the work posed for residents with respiratory problems. 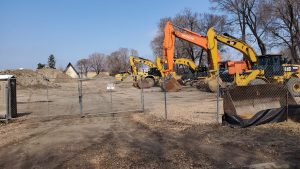 Crews were planning excavation of streets to repair or replace utilities under the roads and the installment of new pavement.

Brooklyn Center resident Susan Shogren Smith says she and several other families expressed concern about the project because of loved ones who suffer from respiratory issues.

Susan and her husband, Jeff Smith, are concerned about the effects the road project will have on their 12 children.

“These projects aren’t essential,” said Shogren Smith. “I have two children on ventilators who had exacerbated respiratory challenges last year when the two blocks of streets were ripped up.”

With the added issue of COVID-19 to go along with allergy season and dust build-up from construction, Shogren Smith says the project should be stopped, at least temporarily. 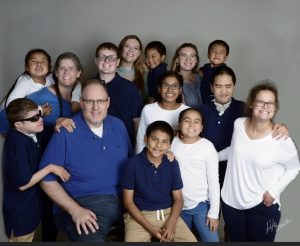 “We are continuing to have people testing positive, and our numbers are going up. Now we’re going to complicate that normally with allergy season,” she said. “We can’t control the pollen, we can’t control the trees, but we can control the construction project in residential areas.”

As of April 7, there are 1,069 confirmed COVID-19 cases in Minnesota, including 310 cases in Hennepin County. Shogren Smith knows people who are immunocompromised will have a problematic time-fighting the virus and wants to lower the risk for her family and the community.

“If people are going to get it, which we know they’re going to get, we at least want people to have the best shot at getting better. And we know people with comorbidities are people most likely to have permanent lung damage,” she said.

Comorbidities are the simultaneous presence of two chronic diseases or conditions in a patient. Shogren Smith says the governor’s stay-at-home order makes it hard for families like hers to escape the dust from road construction.

“We know there are many families identified. Because there were construction projects in the neighborhood, while people are sheltered in place, we thought it didn’t make a whole lot of sense to continue those projects at this time,” said Brooklyn Center Mayor Mike Elliott.

These street projects are in the 55430 zip code, which according to the Minnesota Department of Health map, has among the highest levels of childhood asthma hospitalization rates.

Mayor Elliott says because of health concerns and COVID-19, he signed the proclamation to suspend the neighborhood construction projects.

Shogren Smith says her family is happy with the city’s decision to hold off on the construction projects until the COVID-19 pandemic goes away.