A Brooklyn Center greenhouse is blossoming, even with restrictions under the governor’s stay-at-home order. Weber’s Greenhouse opened on Saturday for the growing season. Owner John Weber says customers were streaming in.

“Yes, we were busy. Some people thank you for being open, everyone is excited,” he said. 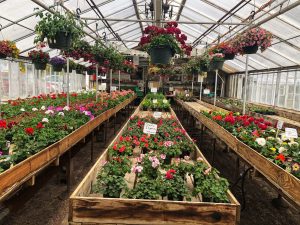 Weber’s Greenhouse has rules in place to keep employees and customers safe during the COVID-19 pandemic. It’s allowing no more than 10 people in the greenhouse at a time. Customers must also keep a 6-foot distance from each other and come in one door and go out another. The garden center also has sanitation stations where people can wash their hands.

“We close an hour earlier than normal, and then I mix up some hydrogen peroxide, 40 percent that we use in the greenhouse to kill viruses and bacteria. I spray the places where people always put their hands,” explained Weber.

Weber says this year customers are buying more vegetables than flowers. He says he thinks it might have something to do with the economy.

“More people are gardening with the economy being bad. They’ll put in tomatoes where they’d maybe put in petunias. We’ve had bad economies before, and we noticed that they do that. It makes sense. It’s the victory garden from World War II. Everyone wants to plant their own because you don’t know what the future will look like, suddenly the supply of tomatoes, peppers, or meat, whatever it is, disappears.” 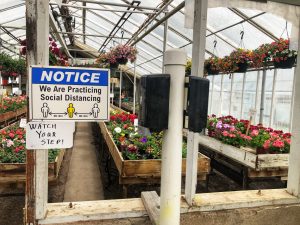 Weber says they grow almost all of their produce and plants. He says right now the Brooklyn Center greenhouse has plenty of tomatoes and peppers, but once they run out, they’re out.

The family-owned business has been a staple in the community since 1941.