Blast from the Past: Gallery 5004 Features ‘Martin Gallery Revisited’

Gallery 5004 will feature its first opening reception in two and a half years to mark the opening of an exhibition called “Martin Graphic Workshop and the Martin Gallery Revisited.”

You can see some of the works produced by Gerald Martin in the 1960s and 1970s at the gallery he operated in Minneapolis. Martin will be at the opening reception on Saturday, April 30, at 2 p.m. along with several of the artists from that time.

Tim Bechtold with Gallery 5004 says he’s been working with Martin for a few years on the exhibit and event. 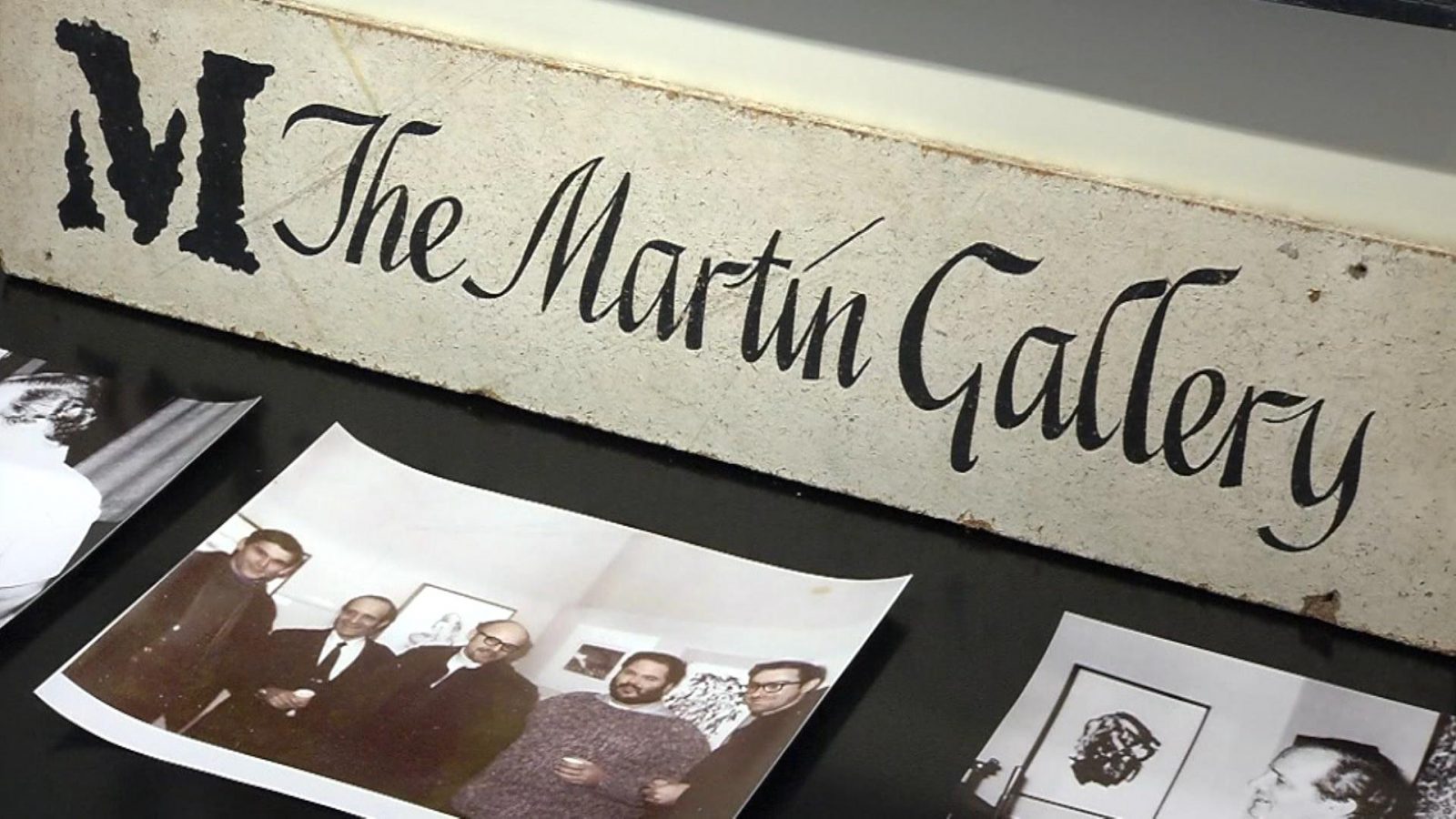 “Martin Graphic Workshop and the Martin Gallery Revisited” is on display at Gallery 5004 in Robbinsdale.

Martin would create artwork using the stone lithography printing press that he created himself. Then, he would sell the artwork and the work he would print for other artists in the gallery space above his workshop.

“It became a way to make really nice prints of find art,” said Bechtold. “[Martin] was a key figure, especially for up and coming artists of the time.”

The workshop and gallery lasted from 1968 to 1975, when Martin started teaching.

Fastforward several years and Martin noticed several artists featured at Gallery 5004 as artists he once worked with. He connected with Gallery 5004 to talk about a show, but felt like it would be best delayed until the threat of COVID passed. Bechtold says it was also important for this show to have an opening reception to bring back many of the artists.

“There’s going to be a lot of artists that are up on the wall that will be walking through the front door and they aren’t young any more,” said Bechtold. “We needed to have a time when they could come and participate in the show and wait for COVID to be hopefully less of a significant issue than it has been in the last few years.”

A third of the show will be from gallery inventory and the other two-thirds of the art will come from art that Martin highlighted.

“All of the artwork here is for sale, so this isn’t a museum. One of the really cool things about prints and one of the reasons artists wanted to do prints is artists can price it at a lower level,” explained Bechtold. “Somebody who wants to get a beautiful piece of artwork hanging on their wall that can’t afford an original form a particular artist can afford one of their prints. That’s the attraction that prints, good quality stone lithography prints can have is they are good, lovely pieces of artwork that are affordable.”