Warm weather is finally upon us, and an unwelcome pest is showing up too–gnats.  They are everywhere and there is a good reason we’re seeing more of them this time of year.

“We’ve had a tremendous amount of snow melt and rain on top of that, so the rivers have stayed swollen for a lot longer than they normally do. Gnats develop in running water, and as you can see, we’ve had a ton of running water,” explained Metropolitan Mosquito Control District Spokesperson Mike McLean. 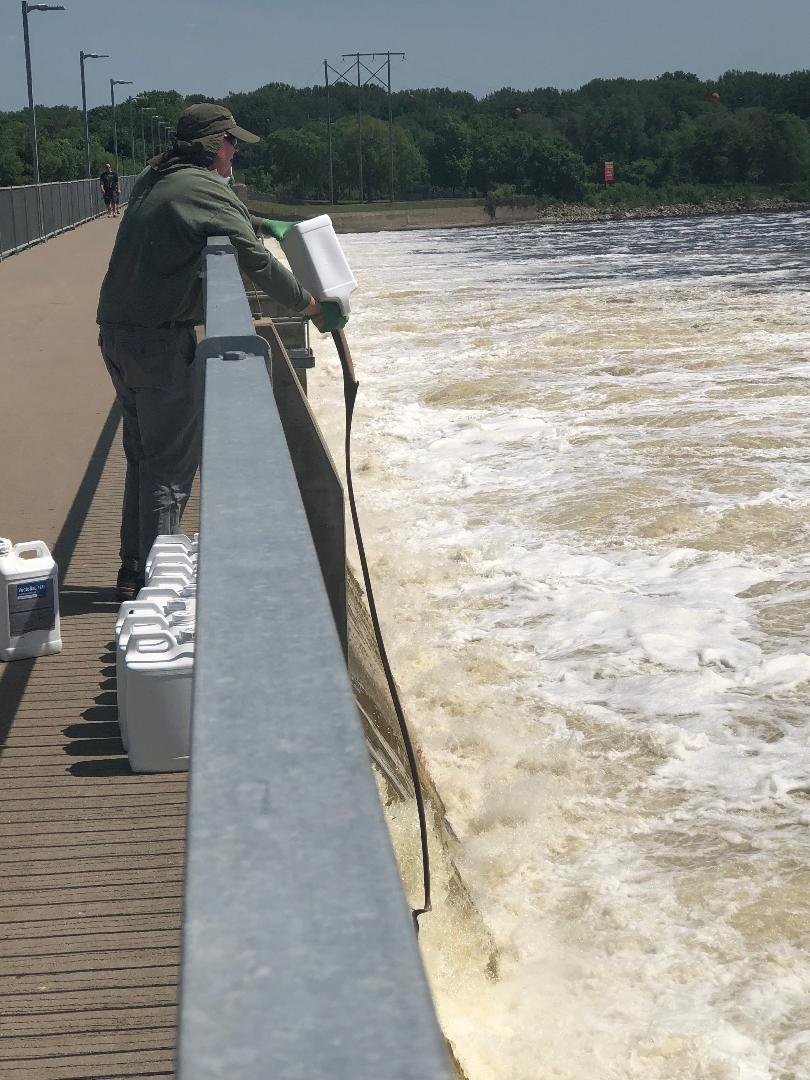 McLean says the Mississippi River is a prime spot for gnats because they mate and live in running water. Crews poured a non-toxic substance from the walk bridge overlooking the Coon Rapids Dam that will kill the gnats. Typically, the Metropolitan Mosquito Control District would have already treated the river, but they were delayed because of high water.

“Gnats attached themselves to twigs or rocks. You put a bacterial in the water, and it goes downstream, those gnats filter the bacteria out because that’s how they eat. That’s what kills them, they can’t digest that bacteria,” said McLean.

The bacteria are specifically designed to kill black flies. It’s not harmful to people, fish, or other wildlife.

According to the Metropolitan Mosquito Control District,  Minnesota has 15 types of black flies. Folks can be protected by wearing DEET or staying indoors.