With Governor Tim Walz’s easing of restrictions on COVID-19 stay-at-home guidelines, restaurants can now open for outdoor dining. But issues beyond restaurateurs’ control is giving some owners pause.

Francine Weber owns Milton’s VVB – that’s vittles, vino and beer – on Douglas Drive in Crystal. Weber is fortunate to have patio space ready to go, and might even have the option to expand that space to accommodate more customers. But that doesn’t guarantee smooth sailing for this well-regarded neighborhood restaurant.

Bringing the patio back, even in a limited 30-40 customer-at-a-time way, is obviously vital for Milton’s, but figuring out how to do that is a challenge. “People have been really receptive in wanting to support our patio,” says Weber. “But I don’t want them all coming at the same time.”

Milton’s will take reservations, part of which will involve asking customers if they’re showing symptoms or have been exposed to someone with COVID-19. 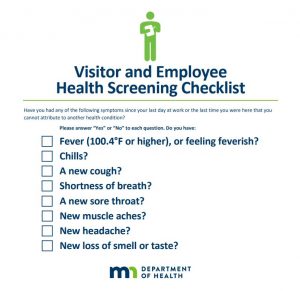 They’re working on implementing a system for people to fill out the state’s health checklist and working on optimizing traffic flow so that, for instance, customers can use the restroom without breaking social distancing guidelines. And those guidelines can be hard to interpret.

“There’s conflicting info,” says Weber, noting that guidelines from the state often don’t specify how a restaurant should implement them. 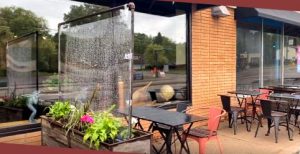 While Weber is very confident in the way they’ve set up the patio to accommodate social distancing, including barriers constructed between tables, there are a number of variables beyond anyone’s control to worry about, like the weather. Weber had to set up a rain policy. If it looks like rain, meals will be served in to-go boxes so customers can leave if showers show up.

Is Monday Too Soon?

Another variable that’s impacting the restaurant right now is the social unrest throughout the Twin Cities. Takeout orders are down sharply, Weber suspects as a result of the protests and riots surrounding the death of George Floyd involving Minneapolis police officers.

And that unrest might delay the patio opening further, not out of fear of rioting near the restaurant, but out of respect for community pain. Weber says with the current climate, “it doesn’t’ feel right, to be honest, to be opening up as soon as Monday.”

Weber says she doesn’t want to cut staff wages, though she’s already slashed her own income to the point that she isn’t taking a paycheck, but with reduced income and the extra expense of intensive cleaning, something will have to change, and Weber thinks it might be the Milton’s concept.

Meanwhile, just across Highway 100 in Robbindsale, Nonna Rosa’s Ristorante Italiano owner Tina Suglia says her restaurant is ready, and unlike others that lack patios and so can’t reopen on the 1st, lucky. “I’ll have staff coming back next week!” Suglia enthuses. 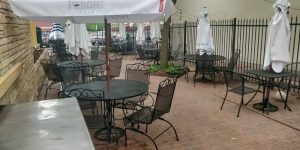 Her 50-seat patio is ready to go, as in her plan for customer and worker safety. Servers will wear gloves, and also masks if customers want them to. But Suglia says masks make the job difficult.

“You can’t communicate with your guests,” she said.

And Nonna Rosa’s will do something unusual for a sit-down restaurant: set time limits for dining.

“We’re planning to ask them as a courtesy not to extend their stay past an hour and fifteen minutes,” Suglia explained. That’s to give the restaurant, operating at sharply reduced customer capacity, to have enough turnover to pay the bills.

And like Weber, Suglia is concerned about the social unrest that has rocked the Twin Cities over the past week. On a drive around Robbinsdale, Suglia noted damage at several businesses including the pawn shop just down the street from her building – damage she suspects was caused not by local protesters, but by people “coming into town to do this to perpetuate the hysteria.”

Suglia says the entire Robbinsdale business community is nervous about the days to come, not knowing if or when the city’s storefronts will be hit again.

“We’re sympathetic to the death of someone innocent at the hands of law enforcement,” she says. “But we don’t understand why they would come after us.”

Suglia notes that for her, and other businesses, the rioting and looting could hardly come at a worse time.

“We’ve all struggled,” she says. “We’ve all suffered. We’re just barely to the light at the end of the tunnel, and we’re worried if we’re going to be open on Monday. People are scared, and we’ve already been through so much, it’s horrible.”

Despite the uncertainty of what the next days will bring, she still feels fortunate that hers is one of the restaurants with a viable outdoor dining space which will enable her to boost the restaurant’s income in the weeks to come.

“I feel for the other restaurant operators that don’t have a patio,” Suglia says.

But even with one, as Francine Weber and Tina Suglia both emphasize, the future won’t be easy for their restaurants. But just as Weber is optimistic about the future of Milton’s VVB, Suglia is confident Nonna Rosa’s will be around for a long time to come.

For more stories on how COVID-19 is impacting your community, click here.