The girls basketball team from King of Grace Lutheran School in Golden Valley finished third in state, earning the team an invitation to the Lutheran Basketball Association National Tournament in Fort Wayne, Indiana. It’s the first time the team has qualified for the national tournament, but coaches say the team camaraderie is what makes the team special.

“We have not had one argument, one conversation that went negative,” said Josh Gregovich, coach at King of Grace. “The theme this year has been ‘Some Day is Today, Some Day is Now.'”

The invitation to the national tournament did not come without a struggle. Gregovich says many of the players started playing on the ‘A-team’ as 4th graders.

“They had two years where they got spanked every time they walked out on court because they were four years younger than everyone,” said Gregovich. 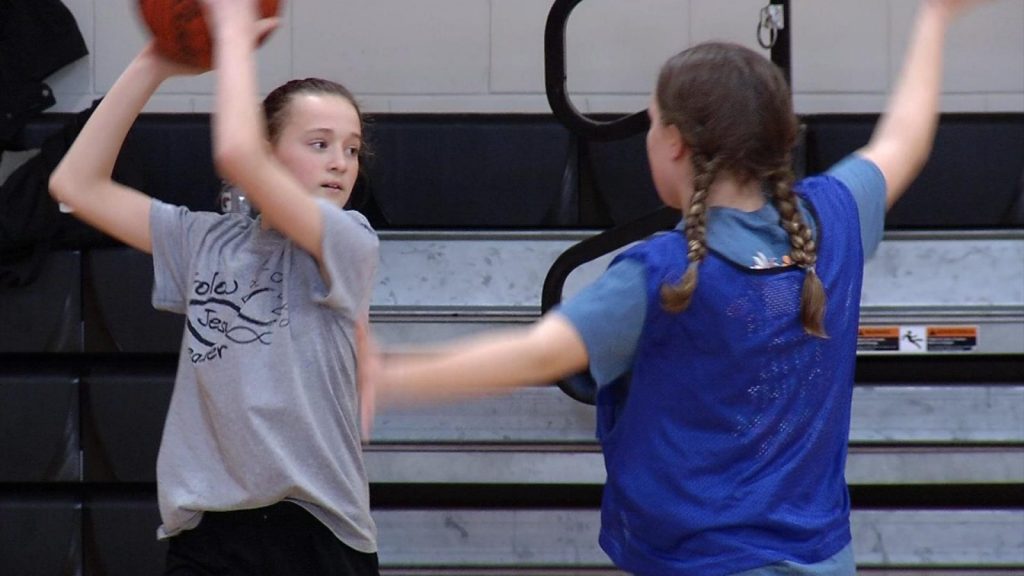 But the process fostered friendships.

“It’s really fun being on the basketball team with all of my friends. I mean, we’ve all been together since Kindergarten,” said Maddy Olmanson, an eighth grader.

“We’re all sisters, we get along pretty well. We tell each other what we did wrong, what we did right,” said Kanesha Johnson, an eighth grader.

“We can give each other pointers and know that we’re not being mean to each other and most of the time we take the pointers and end up playing better,” said Lia Mayer, an eighth grader.

The team will travel to Indiana this week to play on a national stage. The tournament will be a 32-team double-elimination tournament.

“They’re extremely nervous. They won’t admit it, but they are. You can tell they are very excited, but they’re too cool to be excited,” said Gregovich.

Coach Gregovich says you can expect to see some of these players with notable careers playing next at the high school level.