Maple Grove police are hoping a $20,000 reward offered by Crime Stoppers will lead to new clues to help solve a 2019 homicide case that involved the death of 26-year-old Dayton Carter Rossetti. Friday, Carter Rosetti’s family made a plea for witnesses to come forward.

A jogger found Carter Rossetti’s body two years ago lying near the walking path at Lakeview Knolls Park. Police believe the fatal shooting was connected to a drug deal. The victim’s mother, Jennifer Carter, visited the spot where her son was killed on Friday.

“Brought back a lot of feelings and emotions of when I was notified,” she told CCX News.

The grieving mom says the crime has left a massive hole in her heart.

“Every day, there’s just seems like an empty void of not having him with me,” she said. 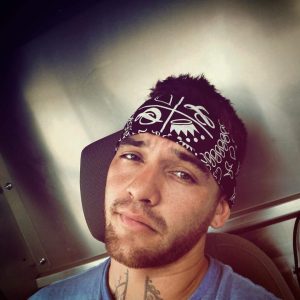 Dayton Carter Rossetti was killed July 30, 2019 at a park in Maple Grove.

During the initial investigation, two people were arrested for probable cause. But the two were later released for lack of evidence.  Maple Grove police now say there’s a third person involved. The family continues to wait for justice.

“Detectives have identified that individual and are seeking the information as the involvement of all three parties,” said Maple Grove police Cmdr. Jon Wetternach.

Meanwhile, Dayton’s family hopes someone will come forward so they can have closure.

“He was a great man. Just a young man trying to find his way into a new community,” said Carter.