Brooklyn Park is joining more than a dozen other Minnesota cities who’ve begun the work of expunging racially restrictive covenants from property deeds.

During the first half of the 20th century, it was a common practice for real estate developers to put “racially restrictive covenants” on the deeds of homes.

“These covenants made it so pretty much only White, Christian people could own property in those neighborhoods,” stated Paul Mogush, planning director, Brooklyn Park. 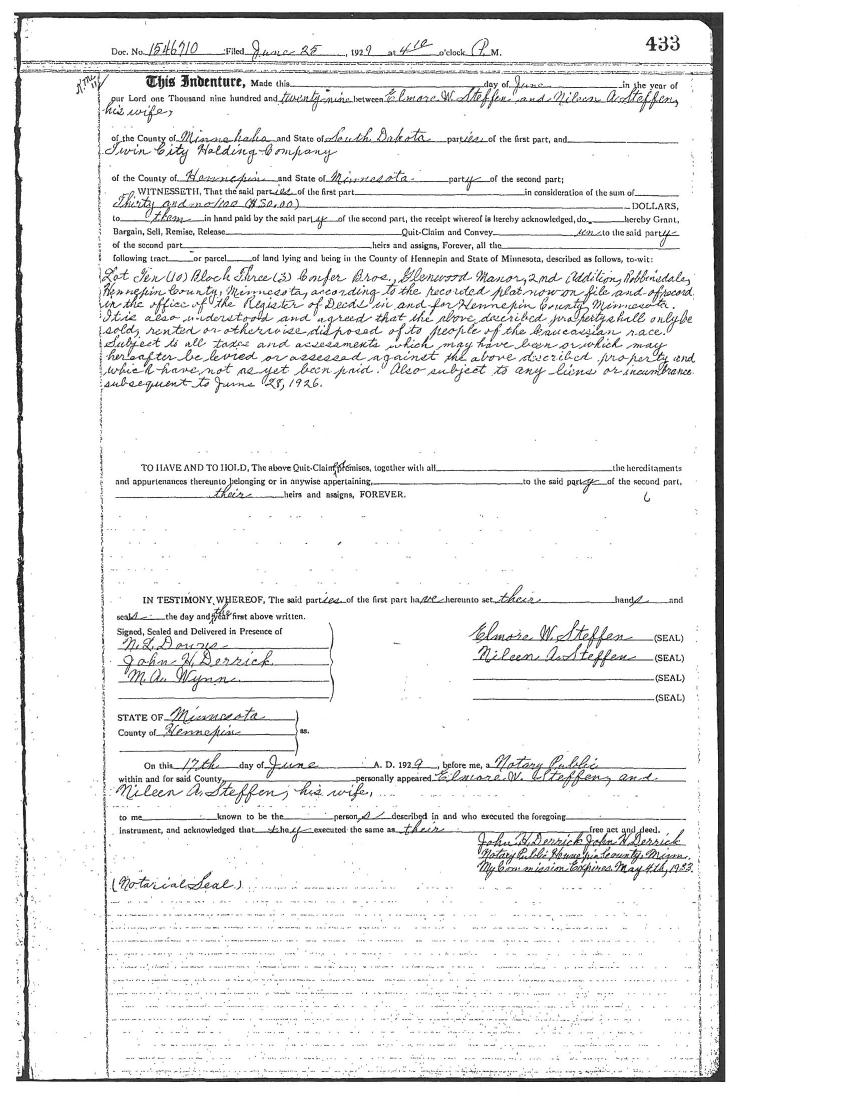 Property Deed from a home off Zane Avenue North with a racial restrictive covenant.

The covenants targeted people who were Asian, Latino and Jewish, but particularly those who were Black.

According to Mogush, although restrictive covenants have been illegal for decades, they remain embedded in the property deeds of more than a hundred homes in Brooklyn Park.

“We plan to reach out directly to the 125 or so property owners in the city who have these covenants on their deeds,” said Mogush, who added it’s likely the homeowners aren’t aware their deed includes a racially restrictive covenant.

Thanks to an organization called Just Deeds and its coalition of pro bono attorneys, removing the covenant from the deed won’t cost the homeowner a dime.

Also free are the online resources people can use to see if their property contains a covenant.

The Mapping Prejudice Project is an effort by the University of Minnesota to catalog and map all of the covenants in Hennepin County.

The city of Brooklyn Park also has a website called Story Map that includes a map of where restrictive covenants are located in the city.

According to Mogush, Brooklyn Park’s goal isn’t just to change records, the city wants to start a conversation about the future.

“What are we going to do about it through policy changes and investments to reduce the racial disparities in home ownership and other areas that have resulted from a history of these covenants being on people’s properties,” said Mogush.

You can watch the full special report CCX News did on restrictive covenants here.

In The Community | The Connection