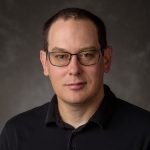 Adam is happy to have joined the CCX Media News team.  He has lived in Minnesota since October of 2016.

Adam was born in Memphis, Tennessee, but raised in the tiny town of Newell, South Dakota where he got to learn firsthand about his Finnish heritage by living on the original Jukkola family homestead.

Adam has been working in television news in various roles since October of 1999. He began his career as a studio production assistant at the NBC affiliate in Rapid City, South Dakota.  He then moved to Sioux Falls to help launch a PAX affiliate news station while learning to both shoot news, and direct live television events all around the state of South Dakota.

Adam continued his news photography career with a move to Colorado Springs where he worked at the CBS, NBC and Fox affiliates over the span of nine years before he took a job at WLOS in Asheville, North Carolina.  He spent five years working for KARE 11. Adam has covered many major events over his 20+ year news career including 9/11, mass shootings, tornado outbreaks, hurricanes, protests, riots, and both the NFC and AFC Championship games.  He’s also quite proud that he has gotten to fly in a Blackhawk helicopter, a C-130 military transport, and a “Huey” helicopter that had been refurbished after being shot down in Vietnam.  Adam was also a skilled satellite operator for both WLOS and KARE 11.

Adam can be found spending time biking Minnesota’s many trails, downhill skiing, enjoying a craft beer at one of our many fantastic local breweries, playing board games with his wife, and working out in his yard or woodworking shop.

Feel free to email story ideas to Adam at ajukkola@ccxmedia.org or follow him on Twitter on @jukkaloop