Robbinsdale will soon deliver softened water to every home and business in the city.

The new, state-of-the-art water treatment facility is expected to be fully operational by mid-November, but the burning question on most resident’s minds is whether they’ll still need to use their in-home water softener.

Robbinsdale Director of Public Works and City Engineer, Richard McCoy, said he doesn’t think they will, but the choice is theirs.

“Folks can still use their water softener. They just have to dial it back a heck of a long way,” said McCoy, who urged residents to test the new system out.  “Don’t use your softener and see if the water we’re delivering is adequate for your needs and you can decide whether you keep your softener or not.”

Most water softeners have a bypass valve, so if residents don’t want to use it, they would need to turn the valve 90 degrees, so the water bypasses the softener. 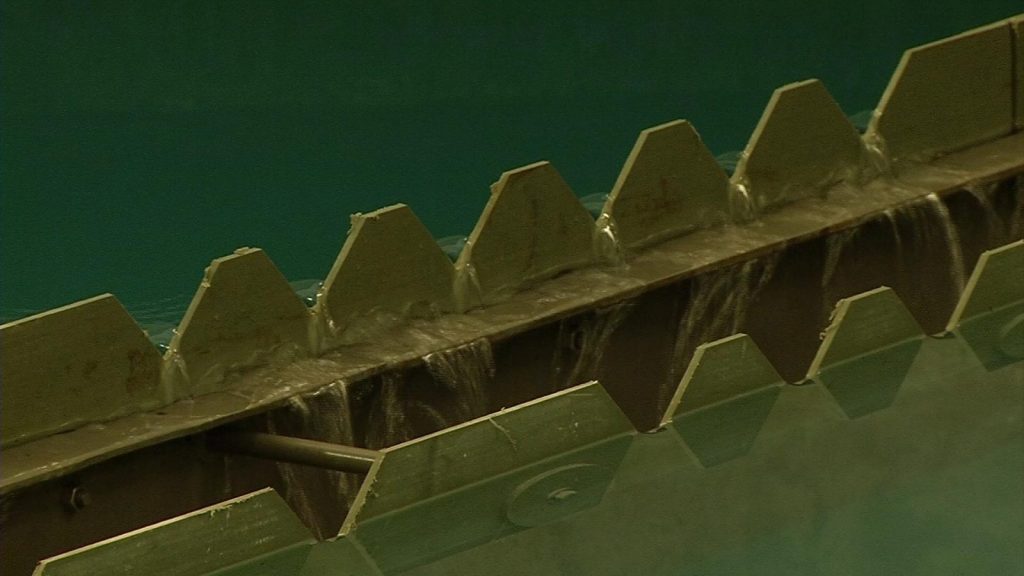 The well-water is put through a rigorous process where harsh minerals and impurities are removed. It is then treated with a cocktail of chemicals to achieve the ideal softness.

Robbinsdale residents may have already noticed an increase on their water bill. The rate hike is part of the city’s way to help pay for the $32 million facility. McCoy said he knows people are paying more than they used to, but he hopes they can see the bigger picture.

“I think if they sit down and consider the fact that they will no longer need to lug bags of salt in and have a softener there that also needs maintenance occasionally, I think it’s going to be alright,” stated McCoy.

The city of Robbinsdale looked at several options when it came time to evaluate its aging water treatment infrastructure. Those options included purchasing water from Minneapolis, as well as rehabilitating its existing three plants. In the end, they found that building one centralized plant was the best option.

As for why the water treatment facility included the costly softening system, McCoy said the city heard from a large number of residents who said they wanted it.

The city council also factored in North Memorial becoming Robbinsdale’s largest paying customer. The hospital, located in Robbinsdale, has been buying its water from Minneapolis. However, a decades-old agreement found if Robbinsdale ever established its own municipal softening system, the hospital would have to purchase its water from the city. McCoy said the new piping should be in place for that to begin by mid-2024.

As for now, McCoy believes the decision to soften Robbinsdale’s water is one most are happy with.

“Citizens wanted it, the council decided to go down that path. I think it’s the right choice.“

Jenna Gloeb, reporting for The Connection