Osseo Police Chief Shane Mikkelson has been leading the city’s police force since 2015. He’s never seen a time in law enforcement when recruiting officers has been so difficult.

“Our colleges aren’t spinning out law enforcement students and fresh people into the job like we have in the past,” said Mikkelson. “I think if you ask any department right now, they’re hiring.”

That includes his own. After hiring two new full-time officers in early 2022, Mikkelson looks to fill another opening after a fifteen-year patrol officer was promoted to lieutenant.

Mikkelson contends that while the Osseo Police Department doesn’t have a SWAT or K-9 unit like nearby bigger cities, what they offer can be just as appealing to an officer wanting that small town feel and a large degree of independence. 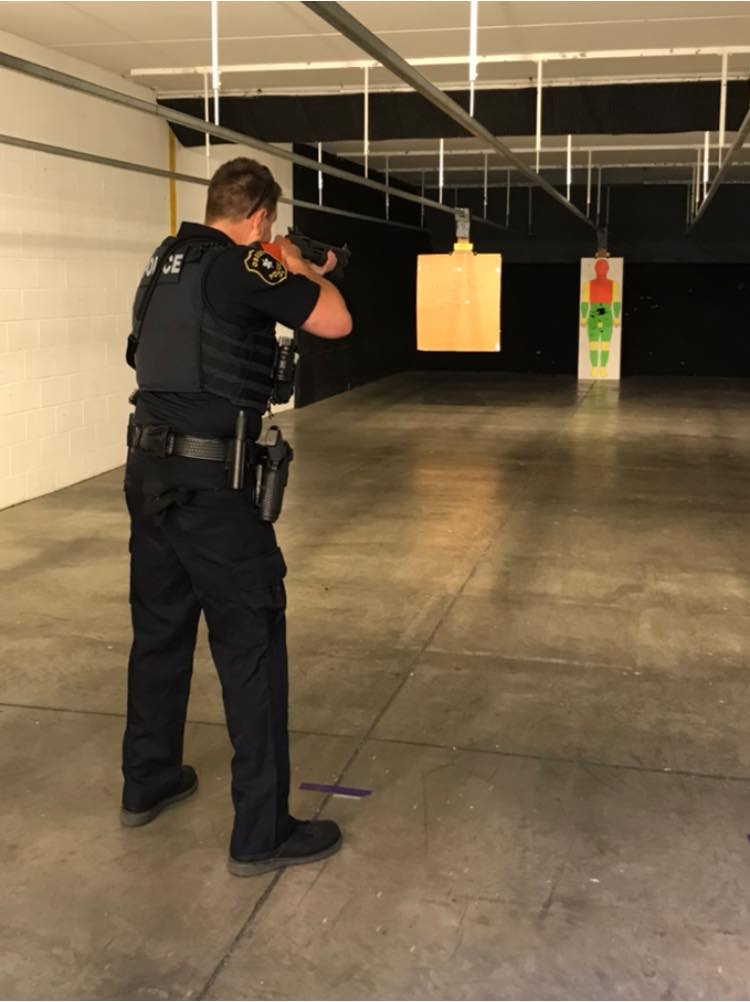 An Osseo Police Officer trains with one of the Mossberg pump action shotguns.

“An officer here can take a case from its beginning and work it all the way through court,” explained Mikkelson. “In a lot of departments, at some point they have to give it up to someone else, so they’re doing the same things that a detective is doing in Brooklyn Park or Maple Grove, but they’re doing it in their patrol division.”

Officers Connect with the Community

“We can also give you a safer environment in Osseo because we really do have a connection with our community, we’re not struggling with that at all,” stated Mikkelson.

Also a draw, according to Mikkelson, is the department’s robust training budget, which includes ongoing firearms instruction, defensive tactics instruction and mentorship program.

“I think this is a great place to be, you really have the opportunity to make an effect every single day and feel it, and I think that’s what’s so important,” said Mikkelson.

For more information about the open police officer position, you can visit the Osseo Police Department’s website.