New Hope Asks Residents To Be Smart About Sidewalk Salt

Over-salting driveways and sidewalks has long been a problem in New Hope.

The city’s solution was to join the Salt Smart Program; a joint effort with the state to educate residents and business owners to use less salt.

Nick Macklem, New Hope Storm Water Specialist, says if you see clumps of salt on your sidewalk or driveway, you’re using too much.

“It’s recommended to have two-to-three inches of spacing between those salt grains that are out on the sidewalk,” explained Macklem, who added that too much salt can have a negative effect on water ways. 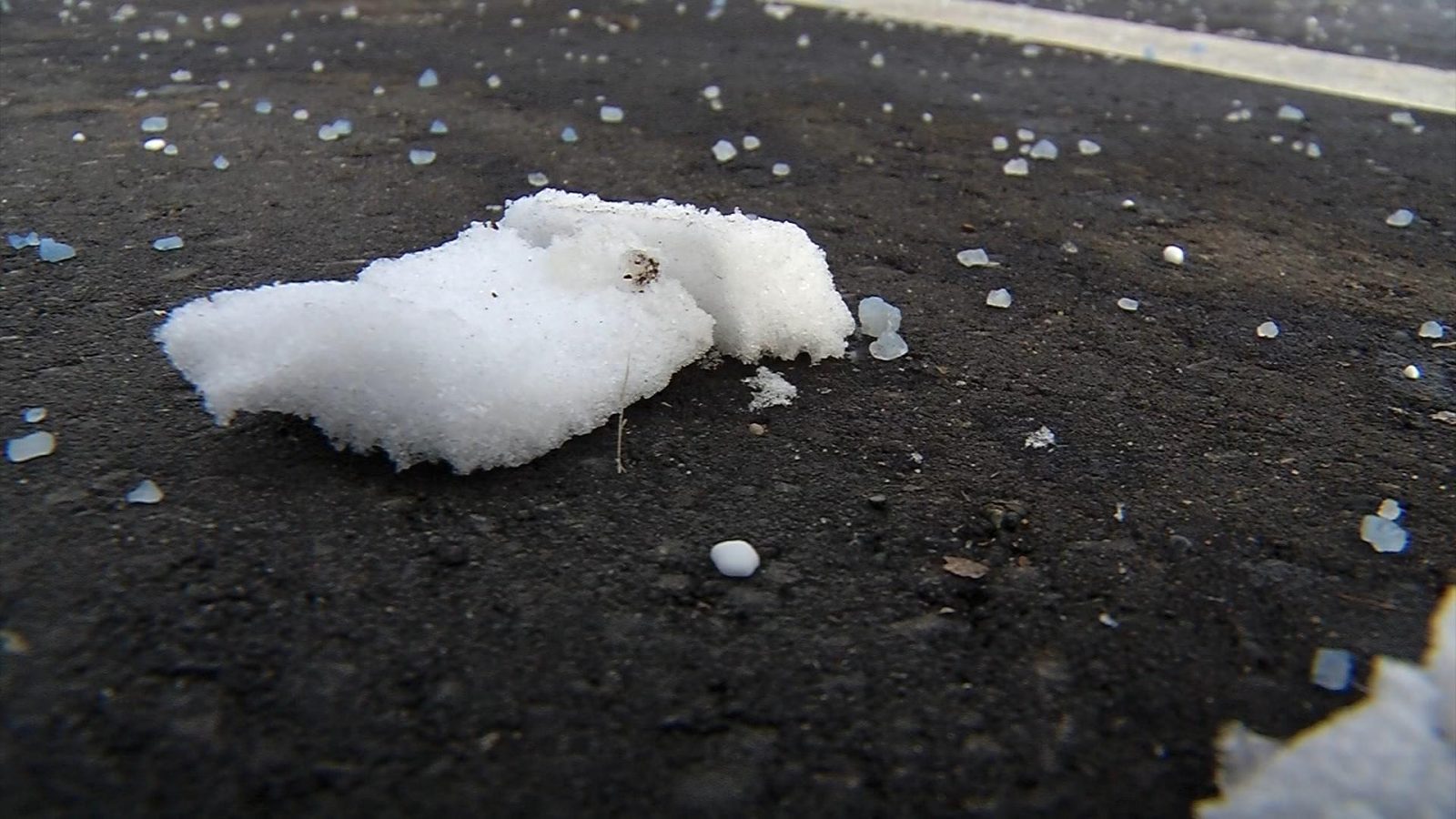 Salt grains should be two to three inches apart.

“It only takes a teaspoon of salt to pollute up to five gallons of water,” said Macklem. “When you think about the amount of salt that’s being dumped on the roads, it does have an impact on our local water resources in New Hope, which would be Wood Lake and Meadow Lake.”

The city of New Hope owns and operates five snow plows, and regularly educates its drivers on proper salting techniques.

“All of our salt spreaders are calibrated yearly and controlled by the truck operator,” stated Andrew Kramer, New Hope Street and Park Supervisor. “They follow the safe salting practices of how much to use.”

As for salting the sidewalks, Macklem says when the temperature dips below fifteen degrees, it’s best to use sand. But if you have to use salt, a little goes a long way.

“If you’re taking the scoop that comes in your bag and just spreading it around randomly, that’s not necessarily the best practice,” explained Macklem. “Using a spreader where you can actually change how much salt is being dumped out works a lot better.”

In the end, Macklem says using less salt not only benefits the environment, it helps your bottom line.

“The less salt you put on the sidewalk is more money in your pocket.”