In a city known for a high retention rate among its elected officials, Maple Grove will soon welcome two new members to its council chambers. 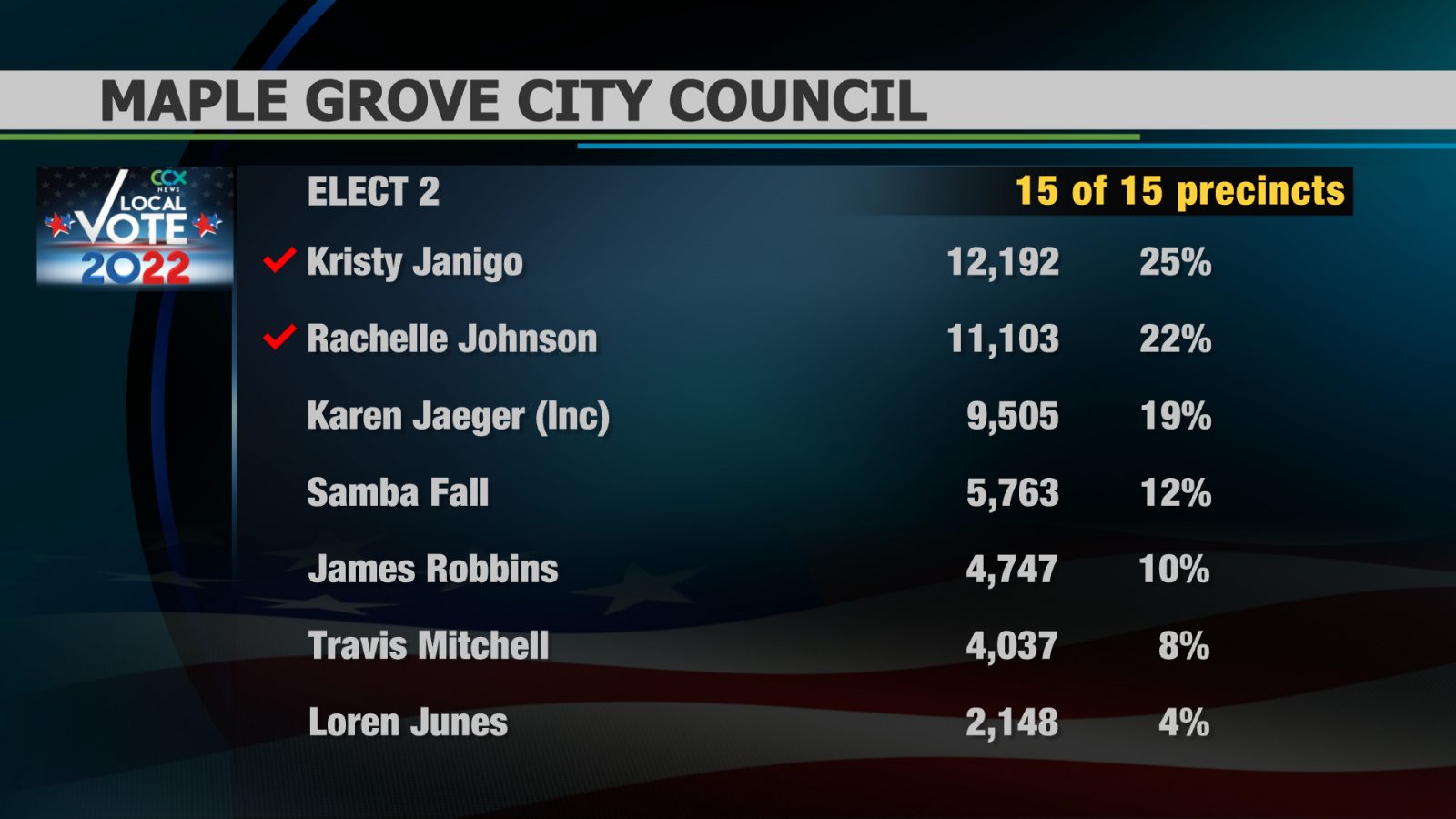 “Prior to the election, we had about 6,500 folks vote absentee in-person at the government center, and about another 4,000 vote absentee mail-in ballots,” stated Heidi Nelson,  Maple Grove city administrator.

“This is the first year we reduced our precincts from 24 to 15, and that was really about this trend of absentee voting being really strong and the number of people showing up at the polls on Election Day really going down,” explained Nelson.

On the ballot was the much-discussed question of the local options sales tax.

It called for a half-cent sales tax over the next 20 years to fund an expansion and renovation of the Maple Grove Community Center.

“That ballot question passed on a 55 percent to 44 percent margin, which is pretty typical of these types of questions in suburban areas,” said Nelson.

The measure is expected to raise $90 million of the $116 million cost of the project, with non-residents paying about 55 percent of that. In the end, Nelson says the city couldn’t have had the smooth election it did without the help of some special citizens.

“A huge thank you and a debt of gratitude to all of the election judges who served with our staff to make this election go so smoothly,” stated Nelson.