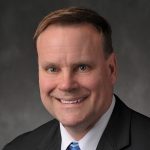 Although Neil now appears in front of the camera at CCX News, much of his career has been covering events from behind it as a photojournalist. After graduating with a degree in journalism from the University of Georgia, Neil began his adventure in television news.

He has worked for affiliates of ABC, NBC, and CBS in markets as small as Great Falls, Montana and as large as Atlanta, Georgia and Los Angeles California, as well as several years in communications at the Minnesota Senate.

Neil has worked in six different television markets including four in the top 20 and two in the top 10. His work has been recognized with awards from many professional organizations including two regional Emmys.

He has seen everything through his lens from forest fires to flooding. He’s been in hurricanes and tornadoes and he’s interviewed presidents and pop stars. Through it all Neil has found that some of the most interesting stories come from people who don’t make headlines. He believes that everyone has a story and he enjoys telling them through sound and image.