Yellow Tree Theatre Founders Leaving, But Say Osseo Venue Will Be ‘Stronger than Ever’ 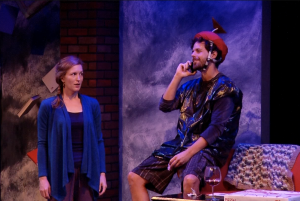 Yellow Tree Theatre founders Jason and Jessica Peterson are moving to Duluth, but insist they are leaving their Osseo theater in good hands. Jessica Peterson plans to stay on as interim artistic director and the current managing director, Peter Carlson, will move into the executive director role.

Jessica Peterson says the theater has always been a community effort.

“This place doesn’t belong to us, it belongs to you,” she wrote in a Facebook post announcing the change.

“We’re stepping down from Yellow Tree because after 12 years we have just been feeling the urge for change,” she said.  “The time away from Yellow Tree during COVID we had a bit of a sabbatical from programming and it’s allowed us some time to consider what the next chapter of our lives should look like.”

The Petersons started Yellow Tree 12 years ago with the play “String.” Jessica and Jason both starred in the play and Jessica wrote it. Since then, they’ve tackled many subjects.

“I can’t believe it’s been 12 years already. I am so proud of what we’ve accomplished artistically here and as an organization,” said Peterson.

“I do think it’s a healthy thing for founders to recognize when its time for them to step away,” said Peterson. 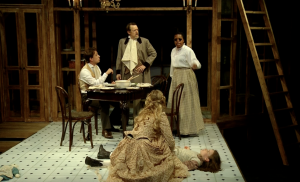 Peter Carlson, while excited to move into the executive director role, says he’s sad to see the Petersons go.

“The partnership has been a good one and it’s not one that I thought would end quite so soon. But I’m excited for the future. I’m excited to get a new colleague that hopefully will have a lot of new energy. And frankly my point right now is to keep us on good financial footing through this pandemic and through this transition, so that once everything is open again we can really hit the ground running,” said Carlson.

“I think that it’s in such a good place as an organization, it’s ready for someone to come in and take it in a new direction,” said Peterson.