Weekend Showcase: Stages Theatre Goes ‘Down on the Farm’

Stages Theatre’s show for children up to age five showcases farm life in a production called “Down on the Farm.”

If you have small children who always seem to have a case of the wiggles, Stages Theatre has a special presentation just for them.

Stages Theatre has brought back theater for the very young. Typically they host these productions in their small theater inside the Hopkins Center. This year, however, they decided to host their summer production in the farm out behind the theater. 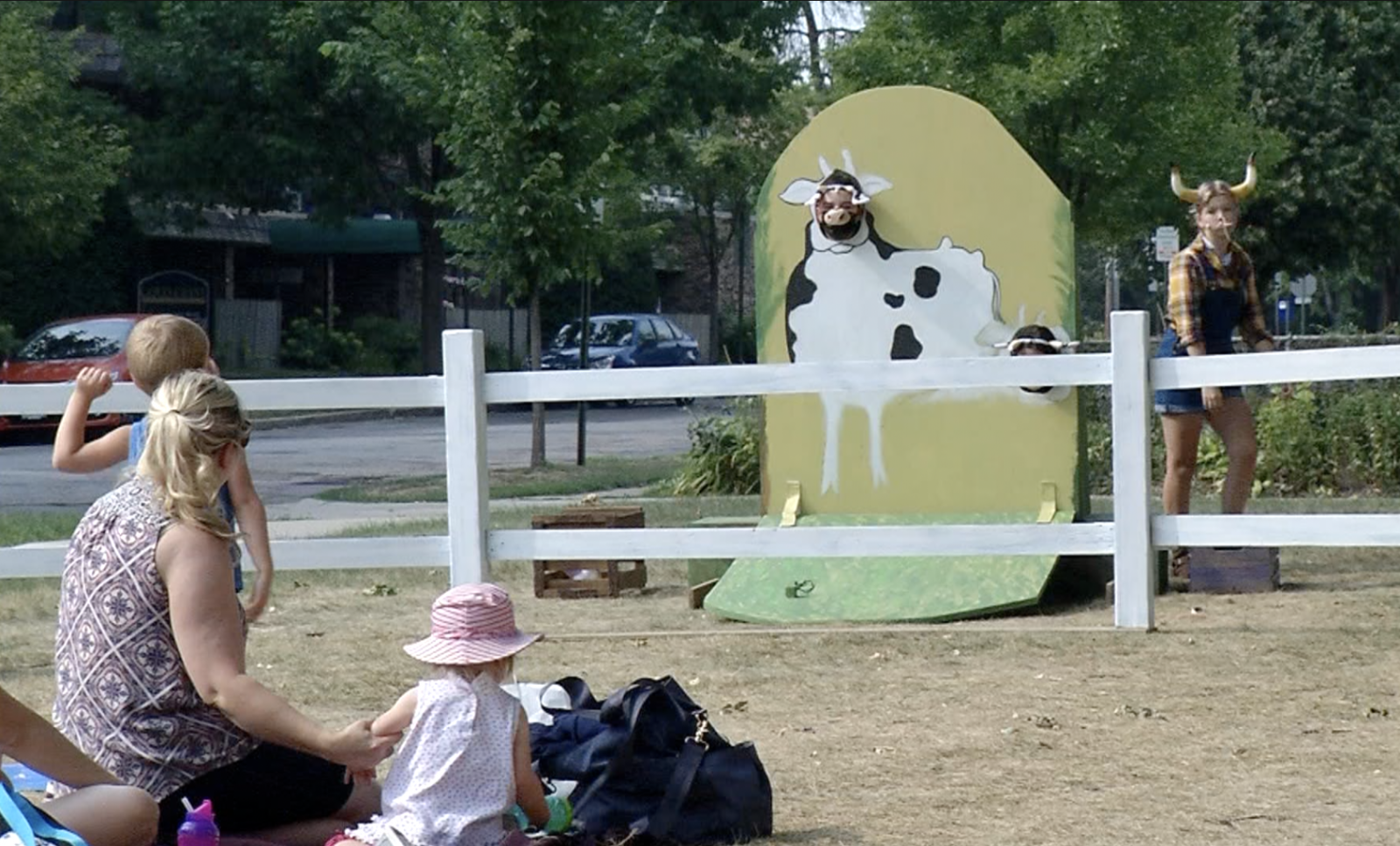 “Down on the Farm” is a Stages Theatre presentation of theater for the very young.

“Our youngest audience members are going to be inside the farm. Our actors are acting around them. So its sort of a reverse theater in the round if you will,” said Melanie Salmon-Peterson, director.

Theater for the very young is geared for ages zero to five. So if you’re only one second or one hundred million seconds old, you can enjoy the farm. (By the way one million seconds is 3.17 years, so right in the age range!)

Alana Nyberg from Robbinsdale plays the part of Chicken. Chicken is one of the stars of the show, with a very limited vocabulary. Unless you speak chicken.

“Just one line. That was my favorite part about it. I didn’t have words to remember. Just my cues and what the lines meant,” said Nyberg.

Most of the actors are older children themselves.

Anje Arora, a middle schooler from Plymouth, plays one of the friendly Farm Hands.

“Looking like through the eyes of these little ones that come here, it is so bright. And it really just makes your day happier and I love that,” said Arora.

Each show is about thirty five minutes long. And the cast is doing three shows a day through August 22. You can find tickets on the Stages Theatre website.

So bring the tykes down to the farm in Hopkins. It’s right behind Stages Theater and the Hopkins Center for the Arts. Bring an umbrella to create your own shade and enjoy the show.