Katy Humnick, who lives in Maple Grove, is the stage manager and box office manager at Open Window Theatre in Inver Grove Heights. She’s currently working on a Lenten drama called “The Scrutinies” that offers live in-person performances through March 28.

Humnick graduated last spring from Wheaton college with a degree in English writing and a minor in Theater.

“I graduated in the middle of a pandemic for starters. So, got home from college and really didn’t know what I could do,” said Katy Humnick.

So the Maple Grove resident started work as a volunteer last summer at Open Window Theatre.

“I said I can do basically anything in the theater,” said Humnick.

That volunteering paid off, as she was able to take over the job of box office manager and stage manager.

The latest production is an original Lenten drama by Jeremy Stanbary called “The Scrutinies.”

“The Scrutinies” is a play with music that is based off of the scrutiny gospels. So, coming from the scriptures. The story of the woman at the well. The man born blind. And the story of Lazarus being raised from the dead,” explains Humnick.

Actor Jeromy Darling plays a few characters, including Jesus. Darling also wrote some of the music in the play.

“Oddly enough, I had just finished a song like a week and a half ago maybe two weeks ago called don’t take your eyes off me. That might as well have been written for this play. And reading the lyrics I was like, oh my gosh. This is the parable of the blind beggar,” said Darling.

This is a special limited engagement and the show will only run through March 28th. Tickets for this live, in-person performance are for the theaters COR patrons and information on how to get them is on their website.

“Our genuine hope is that the audience will be really deeply moved and drawn into that story of Jesus to love him more and be more like him,” said Darling. 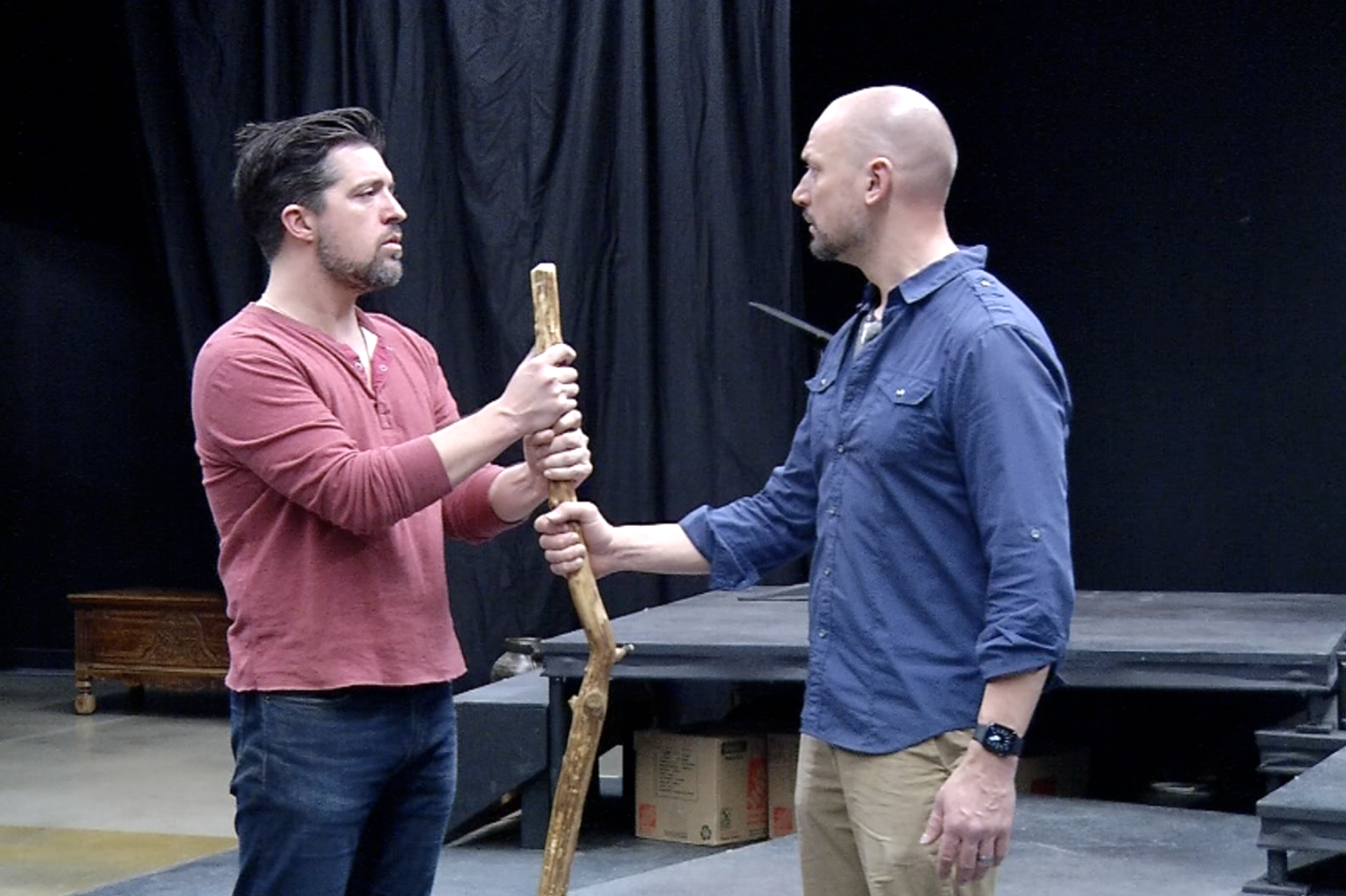 Jeromy Darling (left) and Jeremy Stanbary (right) in “The Scrutinies”