Stages Theatre in Hopkins would normally be doing spring shows now. School groups and daycare outings would flock to the Hopkins Center for the Arts to see the professional productions. But with everything shut down, Stages took the opportunity to introduce Stages’ “Beyond the Stage.” 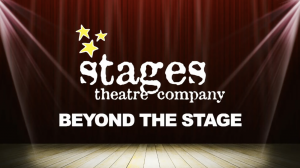 “We have launched a new section of our website. Stages’ “Beyond the Stage” is a listing of free virtual theater activities that are specifically designed students ages 18 months to 18 years to do in their own home. We’re bringing theater to your living room,” said Megan Collins, education director at Stages Theatre.

The activities vary according to a child’s age.

“For our youngest students, we are launching sensory story time, which is really just designed to take your story time to the next level. There’s movement. There’s music. There are built in theater activities in those videos. For our kindergarten to third graders, we’re doing sing and dance a-longs to some of their favorite music. We just launched “Descendants” yesterday which is very popular with that crowd. And then our oldest students are doing a build a play workshop with one of our resident teachers and playwrights. So she’s kind of taking them through how to build your own play. And then we’ll see may be we’ll perform them. I don’t know we’ll find out,” said Collins.

You can even learn choreography.

“And then we’re also giving a little sneak peak as to what it’s like to be in a show at Stages. One of our choreographers is filming how to do choreography that has happened in our shows already. So you kind of get to look back and feel like what it would be like to be an actor onstage,” said Collins.

For now the show must go on digitally.

Want to see a review of a production at Stages? Click here.